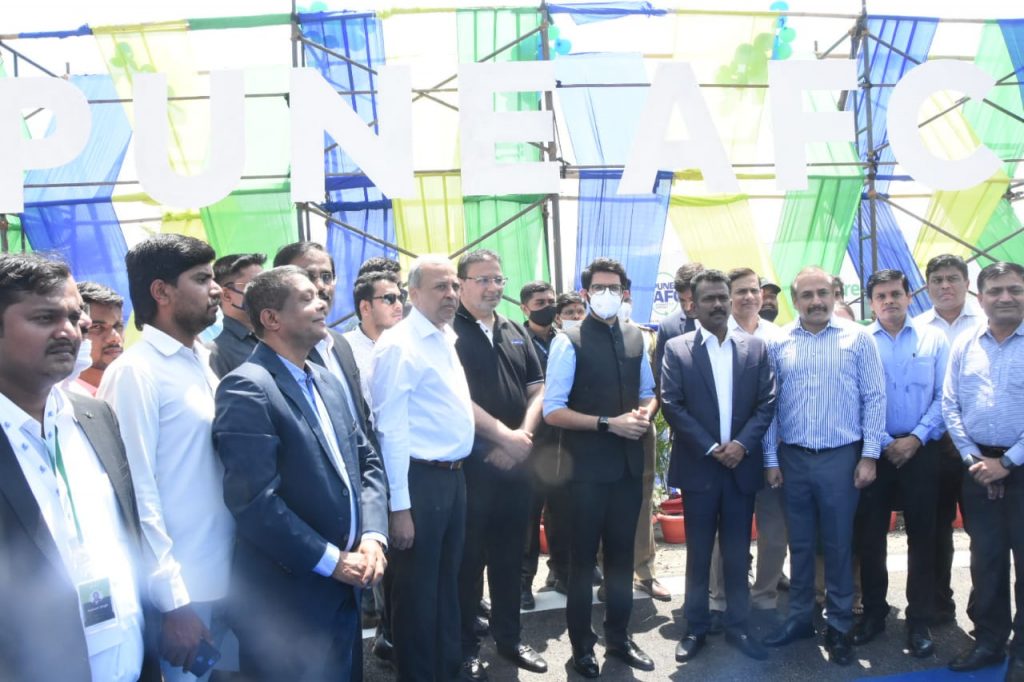 PEnvironment Minister Aditya Thackeray expressed confidence that Pune will lead the region in the future and others will have to follow Pune’s example. He was speaking at the inauguration of the first Pune Alternative Fuel Conference sponsored by Maharashtra Industrial Development Corporation and Maharashtra Pollution Control Board and organized by Maharashtra Chambers of Commerce, Industries and Agriculture Pune at Navin Krishi Maidan.

Mr. Thackeray said that such efforts are important to reduce pollution, provide employment and increase the use of alternative fuels. Vehicles on alternative fuels seem to be reducing the cost of municipal public transport services. Therefore, the government is trying to promote such vehicles. Large number of charging stations will be set up in the next 2-3 years. “Those who want to start new industries in this sector need to be encouraged to increase their productivity and the government will definitely play a positive role in this,” he said. He also said that efforts would be made to develop useful technologies and tools for the farmers in coordination with various departments through the Environmental Change Council.

Noting that good work is being done in the field of alternative fuels in Pune, Environment Minister Thackeray said that through the conference, all automobile manufacturers on biofuels and hydrofuels have participated in the conference. All options of electric vehicles are available here. Some start-ups have also reported participation. Facilities are being provided for outside industries through Maharashtra Industrial Development Corporation. Therefore, the people of the state will have a better choice of alternative fuel vehicles in one place and this is a good start for the New Year, he said. He appealed to the representatives of outside industries and citizens to visit the exhibition.

After the inauguration, Mr. Thackeray visited the exhibition and got acquainted with the vehicles and technology on alternative fuels. They have launched 8 new products, out of which 2 are start ups. The Regional Transport Department has made it possible for vehicle buyers to register within two days.