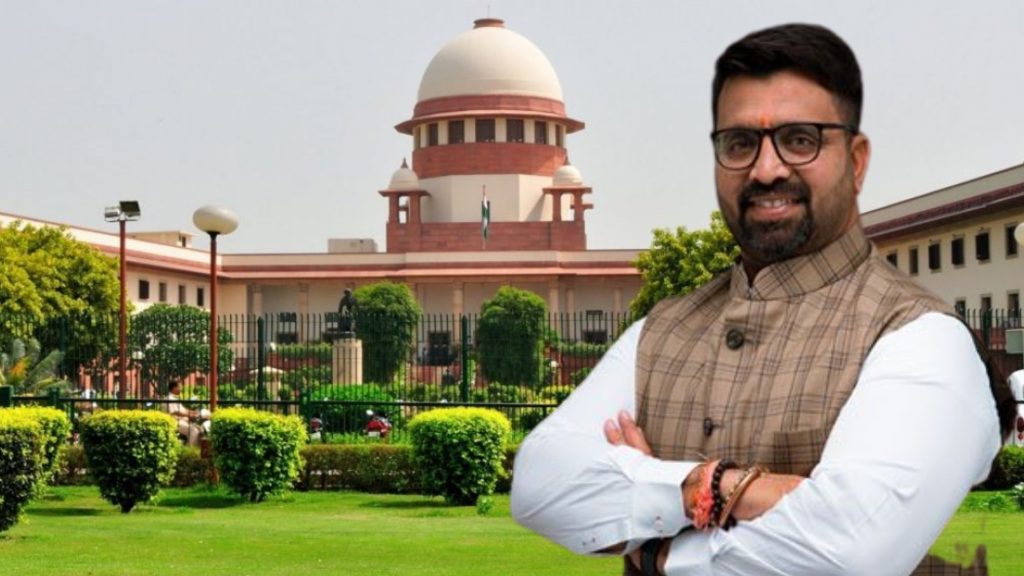 The Bharatiya Janata Party is a cadre base. Our office bearers, activists are always ready for elections. Therefore, in Pimpri-Chinchwad, our decision is ‘Ab Ki Bar 100 Par’. We are working towards that, said BJP city president and MLA Mahesh Landage.

The Supreme Court on Wednesday directed the state Election Commission to declare local body elections in the state within a week. So will the municipal elections be held or will it go ahead? The ongoing discussion on this has come to an end.

Against this backdrop, MLA Mahesh Landage said that the Constitution of India has given supreme authority to the Supreme Court. Election term in local bodies is 5 years. There is a provision in the constitution that an administrator cannot be kept in such an institution for more than 6 months. However, in most of the Municipal Corporations in the state, the administration was started through the administrator for more than 6 months. Now the Election Commission is going to announce the election program as per the order of the Supreme Court.

BJP’s organizational structure is strong in Pimpri-Chinchwad. There are total 6 mandals in the city. The number of Mandal office bearers is 550. The district executive has 150 office bearers. A total of 353 Shakti Kendras are functioning in the city. The most important factor is that 1,308 booth heads are working. MLA Landage has also claimed that we will definitely succeed in the elections under the guidance of former councilors, office bearers, activists and Leader of Opposition Devendra Fadnavis and State President Chandrakant Patil.

Loss of OBC community due to Mahavikas Aghadi

Our demand was that the OBC community in the state should get political reservation. It will continue to be so in the future. However, the Mahavikas Aghadi government wasted only two years. No triple test was conducted regarding OBC reservation. Therefore, the Supreme Court has now slammed the state government. The OBC community has suffered greatly due to the negligence of the Mahavikas Aghadi. However, the BJP will continue to press for justice for the OBC community, said MLA Mahesh Landage.