Only when farmers are happy, the country is happy - Pravin Tarde | Mahaenews
BREAKING NEWS

Home English Only when farmers are happy, the country is happy – Pravin Tarde

Only when farmers are happy, the country is happy – Pravin Tarde 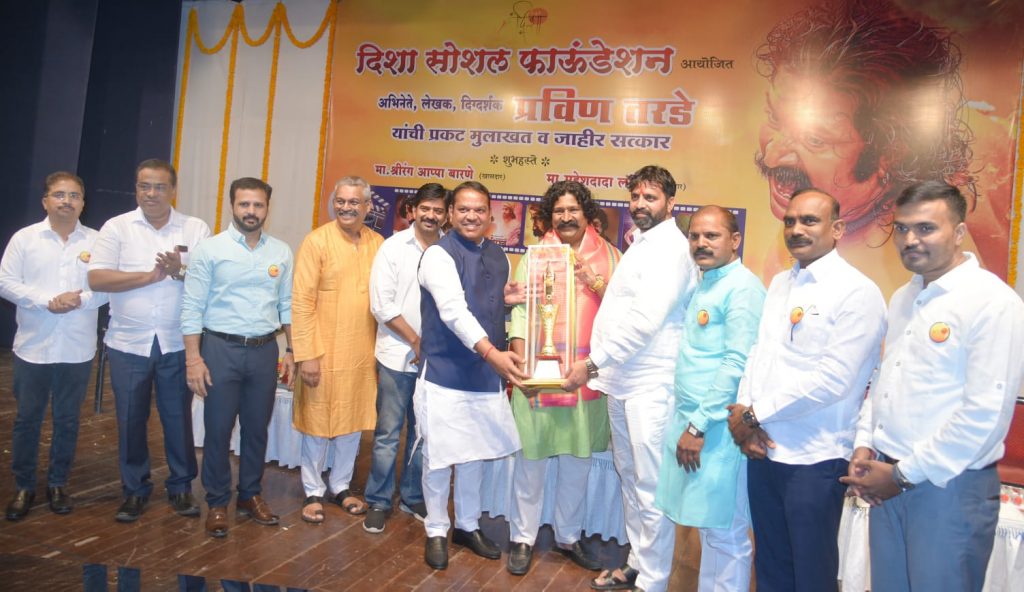 Pimpri: The country in which the peasantry is happy will surely be happy. Famous actor, writer, director Pravin Tarde, while speaking at Chinchwad, said that the country cannot be happy if only the farmers remain unhappy. He also said that Sarsenapati Hambirrao Mohite’s upcoming Marathi film is a perfect match between Hindi and Southern films and has become the most expensive film in Marathi.

“I have read more than four and a half thousand books so far,” Tarde said. Communication skills depend on how social and geographical life is. So the dialogues in my film suggest me spontaneously. In my film, I have been raising the issues of agriculture and farmers. The original pattern has been remade in 16 Indian languages, including a Hindi film by Salman Khan. Sarvartha has worked hard for the release of Hambir Rao on May 27. This movie is going to be the most expensive movie in Marathi till date and will change the direction of Marathi movie. The southern audience stands firmly behind the films there. Hambirrao is his best film. This is the story of the entire family of Hambirrao Mohite who was the Commander-in-Chief of Swarajya during the time of Chhatrapati Shivaji Maharaj and Chhatrapati Sambhaji Maharaj. The whole family fought for Swarajya. Women are not left behind either.

Tarde said, “Thanks to the kindness of my parents, I was able to raise the issue of farmers and Warkaris effectively, because I am living that life.” I am the first farmer. The problems of as many farmers as possible are presented through cinema. He will continue to give priority to the problems of the farmers. In this country you will have everything but pure food. Only farmers can afford it. For that, don’t sell agriculture, don’t get addicted, don’t follow a bad path, said Tarde. Chhatrapati Shivaji Maharaj’s agricultural policy is to be brought before the society in the near future. No one has said that before. He also said that the “Ain Jinns Agricultural Loan System” implemented by Chhatrapati Shivaji Maharaj during the Swarajya period could be a guide to prevent farmer suicides.

MP Barne said that in politics, the Disha Foundation is working to bring together even those who do not see each other face to face and give the right direction to the society. Tarde has done the work of presenting facts through his films. That is why all his works of art so far have been successful. Hambirrao will also be a great film. MLA Landage said that Tarde’s original pattern of “Land not to be sold, but to be retained” inspired many and they changed their decision to sell the land. Mr. Landge appreciated the various initiatives of Disha Social Foundation. Introductory remarks were made by Nana Shivale, moderator Avinash Walunj and Santosh Nimbalkar.