Now is the time to put an inefficient central government at home! | Mahaenews
BREAKING NEWS

Home English Now is the time to put an inefficient central government at home!

Now is the time to put an inefficient central government at home! 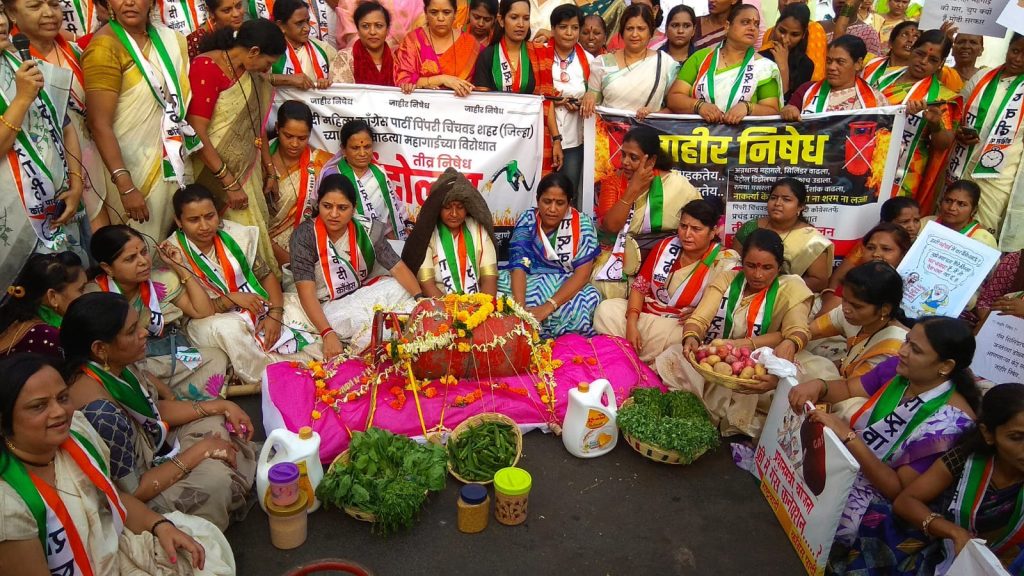 Pimpri: A cylinder of Rs.400 crossed 1000. Food grains are not affordable. Fuel, edible oil has gone beyond the reach of the common man. Prime Minister Narendra Modi is responsible for this. Now is the time to bring this inefficient central government home. NCP’s Pimpri Chinchwad women’s city president Kavita Alhat made such harsh remarks at Pimpri. He also expressed confidence that ‘Pawar Parva’ will start now.

She was speaking at an agitation in Pimpri led by NCP’s Pimpri Chinchwad women city president Kavita Alhat. Domestic gas cylinder rates have crossed the one thousand mark. The Pimpri-Chinchwad NCP also staged a unique agitation against the rise in prices of essential commodities. The symbolic funeral of the cylinder took place at 5.30 pm on Sunday (Dec. 15). After that, Dr. Pimpri. In Babasaheb Ambedkar Chowk, the NCP staged an agitation against the Central Government.

Pimpri-Chinchwad NCP from the NCP’s central office at Kharalwadi. Funeral of cylinder was taken up to Babasaheb Ambedkar Chowk. The cylinder was built on the trident. NCP office bearers and activists held the funeral procession saying ‘Ram naam satya hai’.

During the agitation, women broke the taho and protested against the cylinder price hike. Kamalabai attacked. A cylinder of Rs. Meanwhile, the women also assured each other that ‘Pawar festival will come’. The women protested against inflation by keeping groceries like vegetables, edible oil and pulses.