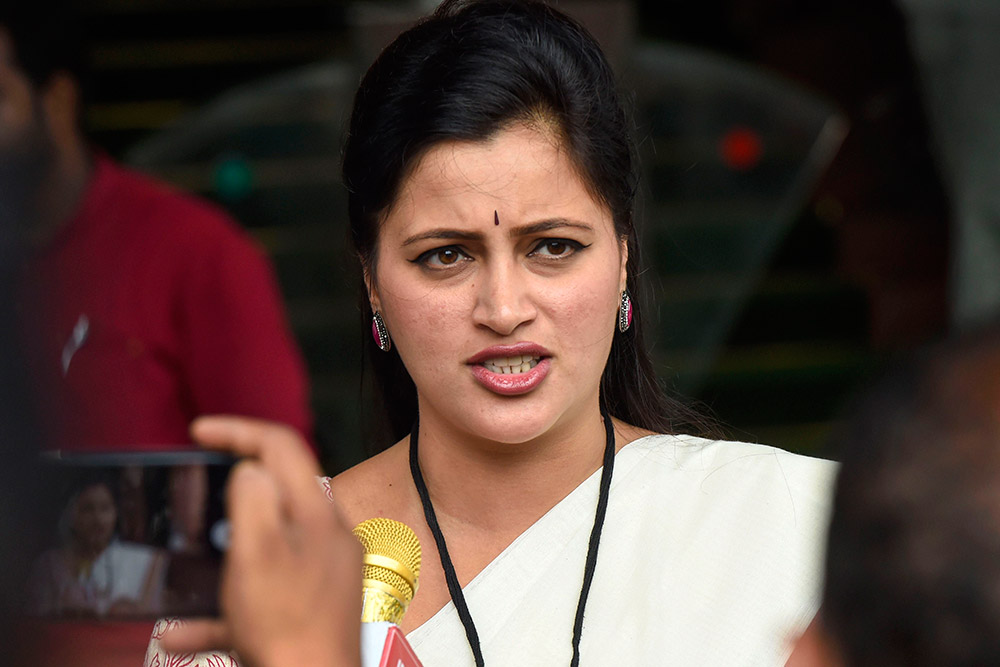 MP Navneet Rana called on Commissioner of Police Dr. The Privilege Complaint filed against Aarti Singh has been taken seriously by the Parliamentary Privileges Committee. Notices have been sent to four police officers following a complaint by Navneet Rana. They had staged a protest to get help from the farmers. Navneet Rana had lodged a complaint against four police officers alleging that he had been mistreated at that time. Taking note of this, now Mumbai Commissioner, Amravati Commissioner, DCP officials have been ordered to be present in the Lok Sabha Secretariat on April 6.

On November 15, 2020, MP Navneet Rana and MLA Ravi Rana were arrested by the police. MP Navneet Rana had alleged that the police had taken the MPs in a vehicle and forcibly stopped them on their way to Mumbai.

In Amravati district, due to heavy rains in 2020, agriculture was severely damaged. Therefore, Rana had demanded compensation of Rs 50,000 per acre to farmers and 50 per cent waiver of electricity bill. MLA Ravi Rana had organized a two-hour Rasta Rocco agitation on November 13, 2020 at Mozari on the Amravati-Nagpur highway with the help of farmers. This time the tires were burnt at Tivasa. The movement had taken a violent turn. As a result of this agitation, 18 farmers including MLA Ravi Rana were arrested by Tivasa police and the court had remanded them in judicial custody till November 20, 2020. MLA Ravi Rana was remanded in judicial custody on Diwali.