Citizens of Moshi, Bo-Hadewadi area have been greatly relieved. For the last 20 years, Alandi Post Office had to be used. Despite repeated requests, Moses did not have a separate pincode and faced difficulties. However, now the citizens are relieved from this trouble. With the opening of Moshi Post Office, the facility will be available to the citizens.

Former corporator Sarika Bo-Hade said that under the guidance of MLA Mahesh Landage, the big issue of Moshi area has been solved. The Moshi area had been attached to the Alandi Post Office for 20 years. It had problems with rural pin codes. Also, there was a shortage of postmen. Now that the post office has been added to the urban area, a new pin code (411070) has been introduced, which will not cause any problems. Postman is going to increase the number. In particular, a new Aadhaar center will be set up at the post office. 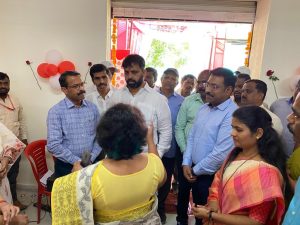 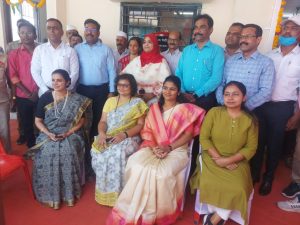 Former corporator Sarika Bo-Hade successfully pursued the issue of post office in Moshi. Also, repeatedly submitted demand forms to Pune and Chinchwad Post Offices. This has made the Moshi area an independent post office. In addition, the Bo-Hade family has provided space for the office in their own space. This will be of great benefit to the citizens here, said the post office officials.