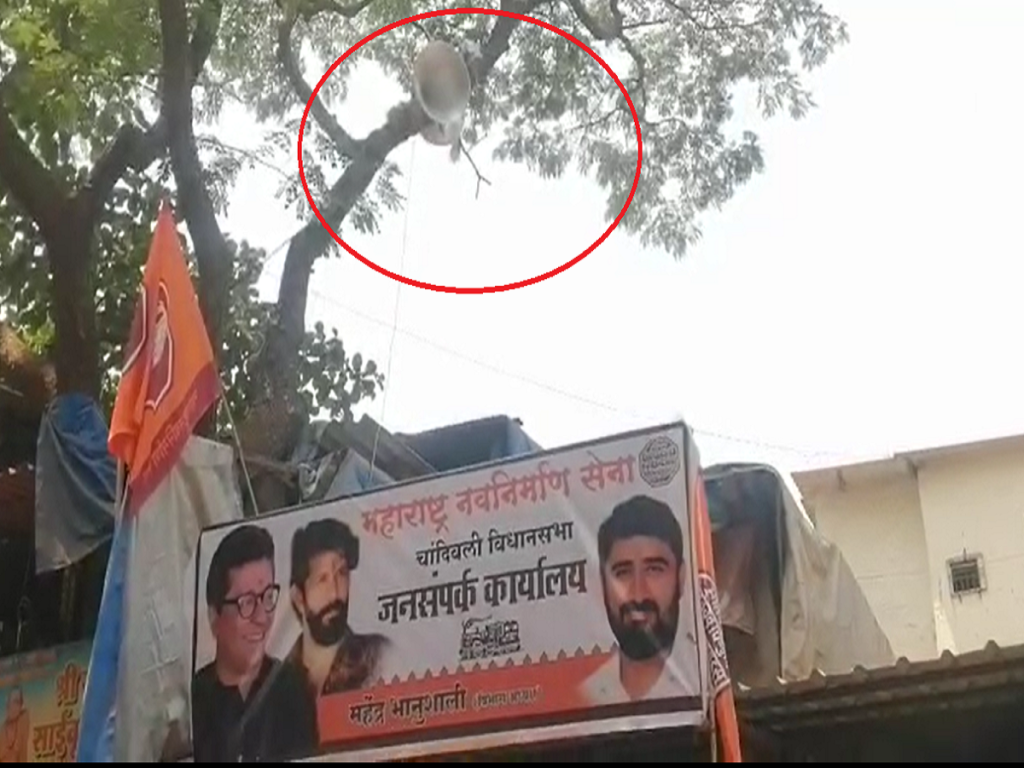 After MNS chief Raj Thackeray took an aggressive stance at the Gudipadwa rally on the issue of bongs on mosques, party workers across the state are seen becoming aggressive. After Mumbai, MNS activists have started chanting Hanuman Chalisa in Nashik. According to the information received, MNS activists set up horns in the premises of Bhadrakali temple in Nashik on Monday. MNS has undertaken this campaign under the leadership of Nashik District President Ankush Pawar. It is also known that horns will be distributed in 35 temples in Nashik.

After this, MNS activists chanted Hanuman Chalisa at the MNS district central office at Sai Chowk, west of Kalyan. MNS activists also chanted Jai Shriram. A number of courts in the country have ruled that the honking of horns on mosques is illegal and should be removed. One of the reasons given is that noise pollution is caused by victims. But even today, loudspeakers and speakers are still used in many mosques. Ajaan is heard five times a day from these bells. Apparently this illegal type is going on. But no action has been taken against him yet. The picture is that the MNS has now become aggressive against this type.