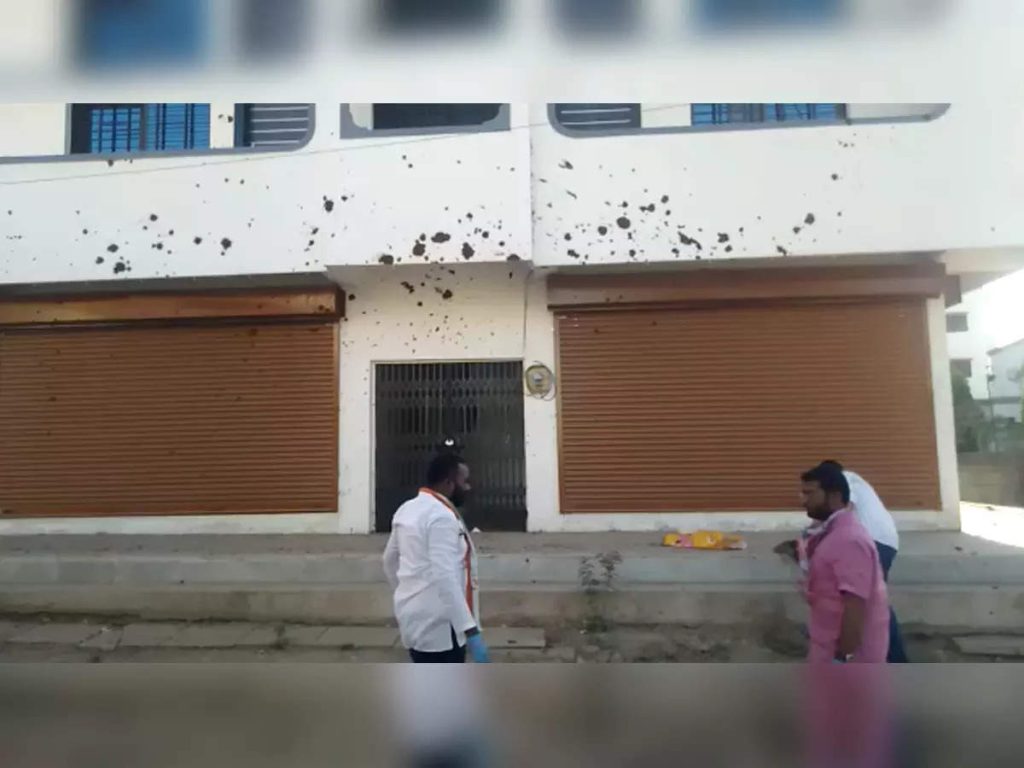 The Republican Party of India and the Congress Committee on Scheduled Castes have demanded that action be taken against Lonikar for using abusive language against backward communities. So, the activists of the Youth Congress protested against Lonikar by holding a ‘Shen Feko’ agitation at his house. Lonikar paid the light bills of both the houses today (March 31) due to a dispute over electricity bills. (youth congress activists throw dung at mla baban lonikars house)

MLA Babanrao Lonikar resides in Aloknagar area of ​​Aurangabad city. His son Rahul Babanrao Yadav is in arrears of Rs. 3 lakh 21 thousand 570 at the end of March 2022. The electricity bill of a house in Ashoknagar is Rs. 67,200. It is alleged that MLA Lonikar insulted Assistant Engineer Dadasaheb Kale on the phone, claiming that the power supply to the house was cut off. Lonikar has revealed that the voice in the clip is not mine. However, Ambedkarite organizations have objected to the alleged insults in Lonikar’s audio recording. The Congress Committee on Scheduled Castes on Thursday issued a statement to District Collector Sunil Chavan seeking filing of a case against Lonikar. Lonikar has violated the rules of democracy by threatening MSEDCL employees regarding electricity bill. The city district president Dr. Arun Shirsat said.