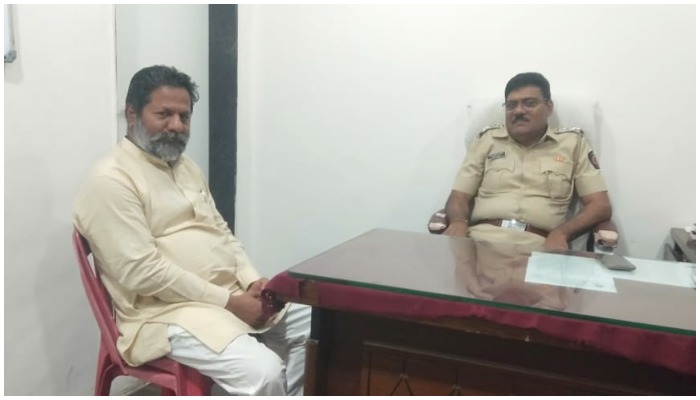 The municipal administrator has decided to impose a fine of Rs 200 for two-wheeler parking in no-parking and Rs 236 for GST 36, and Rs 400 for parking in light four-wheeler no-parking and Rs 472 for GST 72. The penalty amount is too high. Municipal Corporation has only done the marking. Parking facility should be provided first. Social activists demanded that Pathani should not be levied on citizens affected by the Corona and inflation.

Social activist Maruti Bhapkar said, “The then ruling BJP introduced a parking policy. He was opposed by various organizations. However, due to the BJP’s botched role, the administration started implementing the parking policy. But, that policy failed. On March 13, the five-year term of the corporator came to an end. Therefore, the commissioner was appointed as the administrator of the corporation. The commissioner revived the failed parking policy. The commissioner became the administrator, not the owner of the city. They are servants of the people. Parking spaces should be developed in advance. Those places are not developed. The handiwork of the people was lost during the Corona epidemic. No employment. Inflation soared. During such a period, it is not appropriate for the Municipal Commissioner, Commissioner of Police to levy pathani in the name of action on vehicles in no-parking. The people of Pimpri-Chinchwad will not live without expressing strong feelings against this ”.

Build a parking lot first, then talk about fines – Shinde

Tushar Shinde of Pimpri-Chinchwad Citizens Forum (PCCF) said, “Municipal Corporation should fulfill its duty first. Parking should be set up. Only parking lines are drawn. Your responsibilities must be fulfilled first. Where the citizens are now coming out of the Corona epidemic, the administration should not extort the citizens. People should be disciplined. But, imposing a penalty is not the answer. The solution is to provide parking facilities to the people. The feeling that the administration is only for recovery should not be created among the people. Punitive action is the ultimate decision. The amount of the fine is also high. The administration should reconsider the amount of the fine “