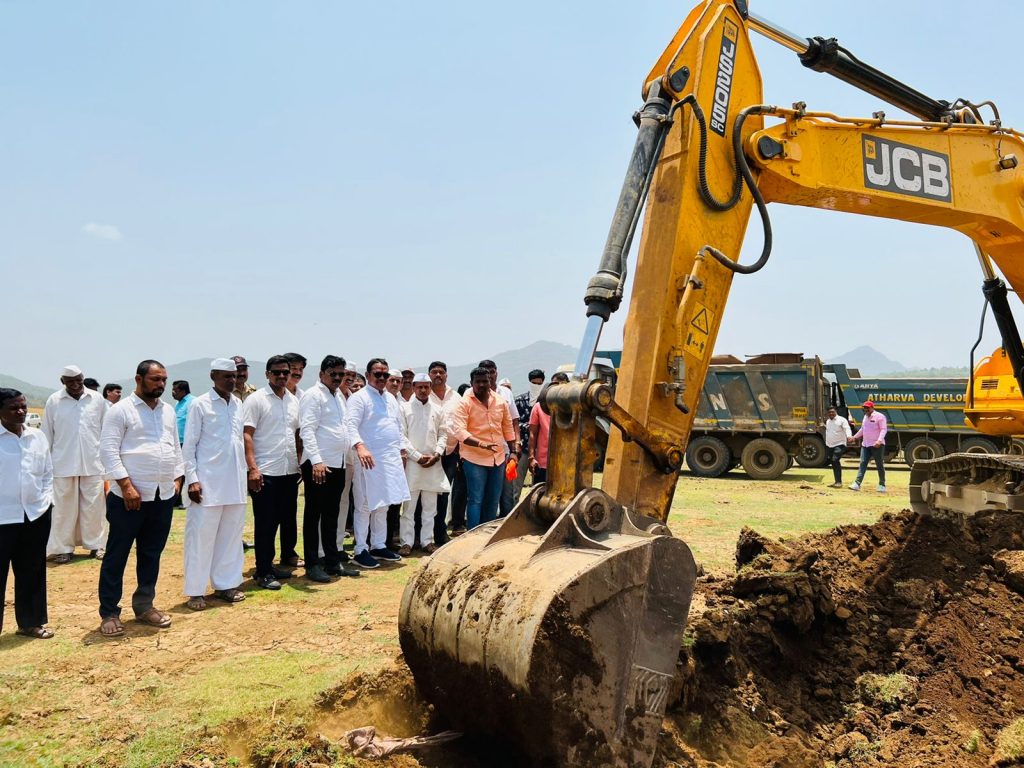 Maval: Maval’s Shiv Sena MP Shrirang Barne has been working for the last six years to remove silt from the Pavana dam. This has led to a huge increase in water availability in the Pavana Dam. Sludge removal work has also started this year. The sludge removal work was inaugurated on Sunday (Dec. 15) by MP Shrirang Barne. Deputy district chief Sharad Hulawale, sub-district chief Amit Kumbhar, Santosh Shinde, Umesh Dahibhate, Tanaji Laigude and farmers were present on the occasion. The thirst of Pimpri-Chinchwad city is quenched by Pavana dam. The water supply in Pimpri Chinchwad Municipal Corporation area depends on the water supply from Pavana Dam. In addition, there is a large amount of agriculture around the dam. This farm is also supplied with water from the dam. In the last few years, due to siltation in this dam, the water supply had started decreasing. As a result, the water supply in Pimpri Chinchwad city was rapidly declining during the summer days, which had a major impact on agriculture in the area.

For the last six years, MP Shrirang Barne, with the help of local farmers and social organizations, has taken up the task of removing the silt from the Pavana Dam. Shiv Sena Deputy Taluka Chief Amit Kumbhar is cooperating with Yakami. Sludge removal from the dam has been in progress for the last six years. This has led to a huge increase in dam water. The sludge extracted from the dam is given to the farmers. Nursery business is rampant in the area of ​​Pavana Dam. This sludge is also used for nursery. Due to siltation in Pavana Dam, it affected the water supply of Pimpri Chinchwad city. However, due to the removal of sludge every year, the demand for water has increased and the water supply to the city is getting smoother.

The work of Pavana Dam was completed in the year 1972. The dam has a storage capacity of 9.5 TMC. The city of Pimpri Chinchwad along with parts of Talegaon, Dehu Road, MIDC and Hinjewadi IT Park depend on this dam. Out of the total water storage in the dam, 6 TMC (510 MLD per day) is collected by Pimpri Chinchwad Municipal Corporation. MIDC lifts 1.50 TMC of water. So 1.1 TMC water is given for agriculture. Meanwhile, due to siltation in the dam, water storage started decreasing. This had a major impact on water supply. Therefore, MP Shrirang Barne continuously followed up with the District Collector, Pimpri Chinchwad Municipal Corporation and Irrigation Department to remove the silt from the dam. Then the sludge removal work started. Since 2014, 52,000 cubic meters of sludge has been removed from Pavana Dam. This will be beneficial as there is more water in the dam now. This innovative concept was started by MP Shrirang Barne. The state government has taken notice of this. The sludge from other dams in Maharashtra is being removed in a similar manner through the state government.