Lok Samvad: ‘Game’ of many NCP members in ward formation; Shigella in the inner turmoil! 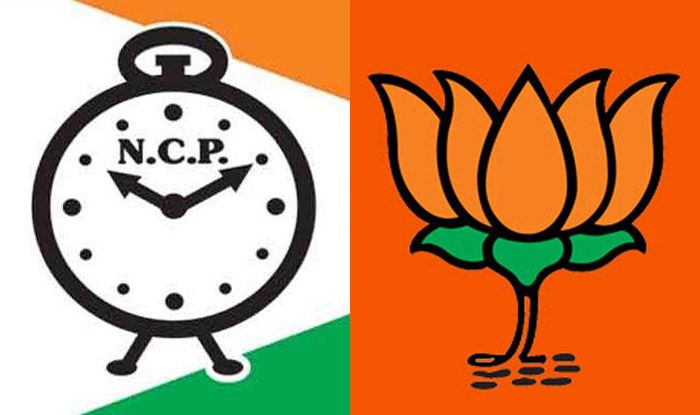 Pimpri. Representative
Though BJP and NCP will face off in Pimpri-Chinchwad municipal elections, at the local level, a prominent NCP leader has joined hands with BJP. In ward formation, some wards are favorable for BJP. As a result, the internal turmoil at the local level in the NCP has reached a climax, with some of the NCP’s ‘wickets’ going to be lost.
The final ward composition of Pimpri-Chinchwad Municipal Corporation was announced by the State Election Commission on Friday (13th). Before the announcement of the ward structure, the BJP had interfered in the ward structure with the help of big leaders in the state to add a part which is not conducive to veteran former NCP corporators and aspiring candidates. Came.
Three former NCP corporators had fielded a senior municipal official in charge of ward formation in the entire city. Also, the order was given to the officer from the senior level. As a result, the sand under the feet of BJP had shifted. However, there is a convincing information that one of the NCP’s ‘trinity’ has made a fuss and has settled in some wards at the behest of BJP leaders.
This helped to increase the boundaries of Indrayanagar ward. It is said that local NCP leaders helped in reserving SC of Chikhali ward and also connecting part of Dighi to Bhosari. Also, the secret alliance between the BJP and the NCP has made it possible to reserve an SC in Rahatni. A wealthy NCP leader has given a ‘checkmate’ to local office bearers. As a result, internal strife within the NCP has increased dramatically.
Meanwhile, a group of disgruntled BJP corporators is preparing to join the NCP. Adjustments have been made for ward structure for them. This will create a dilemma for the aspirants in the NCP. Specific areas have been demolished in some places as reservations will be reserved in proportion to the population. Therefore, there is a tone of displeasure as the votes of a potential candidate of the NCP will be divided. However, no one is ready to talk about it openly. On the other hand, the role played by the BJP’s aspirants in correcting the aspirations of the disgruntled and trying to cultivate relations has created divisions in the NCP.
Preparing to lodge a complaint with Ajit Pawar
Meanwhile, while the struggle between the BJP and the NCP in the state has reached its peak, in Pimpri-Chinchwad, however, the NCP and the BJP’s strong aspirants seem to be coming to an agreement. In the last few days, senior BJP-NCP corporators, who are fierce rivals in the Pimple Saudagar area, have openly taken a stand as ‘Mile Sur Mera Tumhara’. It is being said that BJP has reached a compromise for the veteran former corporator of NCP in Pimpri constituency. Although all this is not being done openly at the local level, the disgruntled group is preparing to lodge grievances with the state’s Deputy Chief Minister Ajit Pawar.