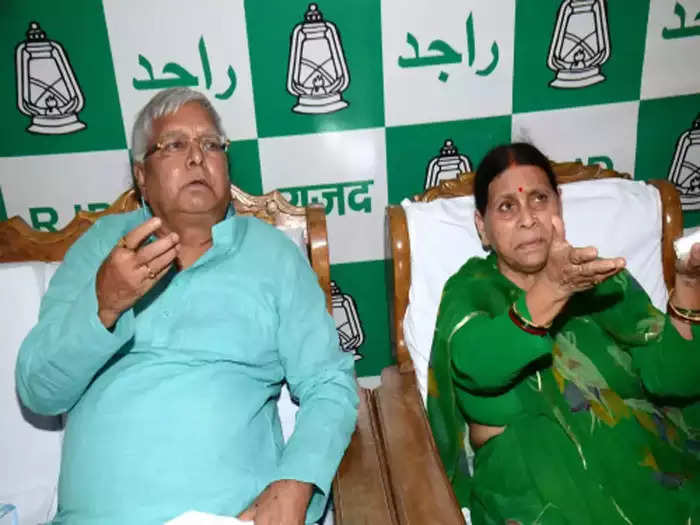 Patna: Various CBI teams raided 15 places belonging to Rashtriya Janata Dal supremo Lalu Prasad Yadav. The action was taken on Friday morning. Not only that, a team has reached 10 Circular Road. Which is the official residence of Rabadi Devi. It is learned that the team is also investigating there. The CBI team, which reached the Rabadi residence, is said to include both men and women. The CBI team has a total of 10 people who are investigating at the Rabri residence. No one is allowed to enter the house at this time.

CBI officials are not ready to comment on the raid on Rabri’s residence. But according to sources, the case is related to railway recruitment. When Lalu Prasad Yadav was the Railway Minister. However, this has not yet been officially confirmed.

According to ANI, the Central Bureau of Investigation (CBI) has registered a new case of corruption against RJD supremo Lalu Yadav and his daughter. A total of 17 places in Delhi and Bihar have been raided in connection with Lalu Yadav’s new case.

Sources said that the whole affair took place when Lalu Yadav was the Railway Minister. The CBI has launched raids on the RRB during Lalu’s tenure. It is alleged that during the tenure of Lalu as Railway Minister from 2004 to 2009, many people were given jobs in Railways by writing off. The last raid on Lalu’s residence was on July 7, 2017. At that time, raids were carried out on 12 places of Lalu.

Lalu Yadav’s daughter Rohini Acharya is seen getting angry after the CBI raid. He has tweeted several times in a row and said that the raid was carried out to intimidate Lalu Yadav over the caste census.