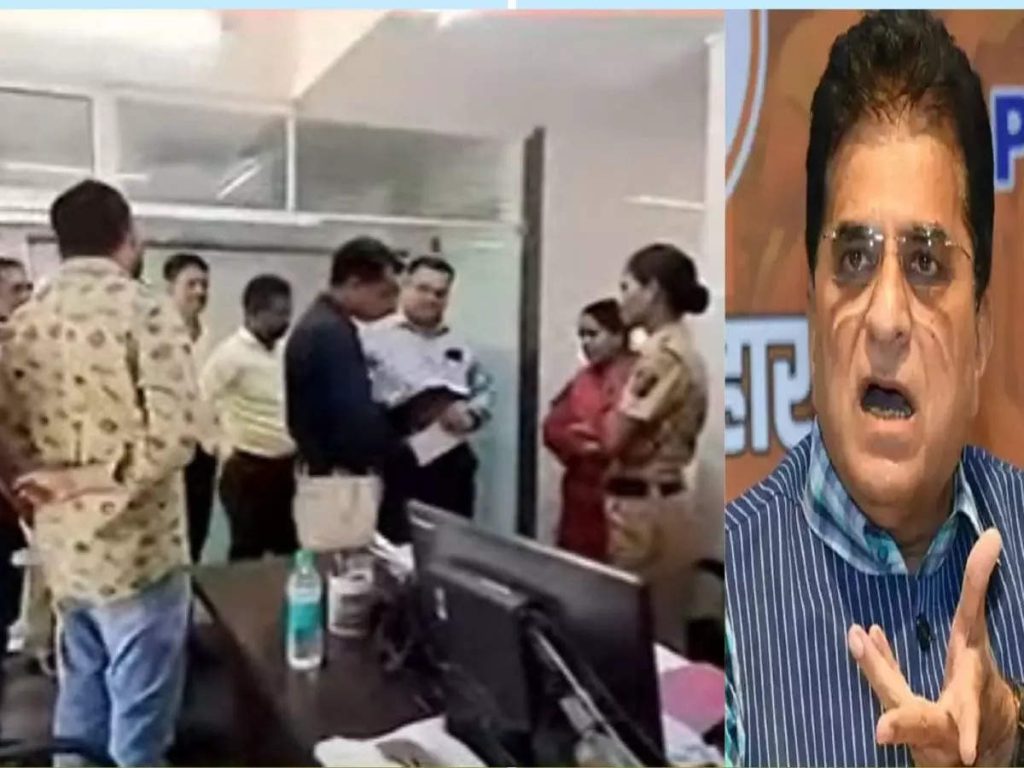 Following the filing of the INS Vikrant case, the Economic Crimes Branch team has reached Kirit Somaiya’s residence in Mulund. Somaiya is accused of embezzling funds from Vikrant. Economic Crime Branch officials arrived at Kirit Somaiya’s house to investigate the matter. However, it is learned that Kirit Somaiya and his son Neel Somaiya are not at home. Authorities have issued a notice to the duo to appear at the Financial Crimes Branch office tomorrow for questioning.

The court has also rejected Somaiya’s pre-arrest bail after a case was registered with the Mumbai Police for embezzling funds from Vikrant. As a result, the investigation of the Economic Crimes Branch has gained momentum and the officers of the Crime Branch directly hit Somaiya’s house. “We have come here to investigate the Vikrant case, but we cannot comment further on the matter immediately,” said a police officer who arrived at Somaiya’s house. Meanwhile, Kirit Somaiya and his son Neel Somaiya have been arrested and their father and son have been in hiding for the past few days. Now that the police have issued a notice to attend the inquiry, it will be important to see if the two will go to the Economic Crimes Branch office.

Kirit Somaiya, who went into hiding to avoid police action, shared a video on social media today. In this video, he has once again challenged the Thackeray government. ‘I will not bow down or back down till the last action is taken against the rogue ministers in the Thackeray government. We will give all the information about the allegations against me in the High Court, ‘said Kirit Somaiya.