Home English Katraj Ghat to NCP and Chanderi Pat to BJP; The attitude of proficient boys in Municipal Corporation again!

Katraj Ghat to NCP and Chanderi Pat to BJP; The attitude of proficient boys in Municipal Corporation again! 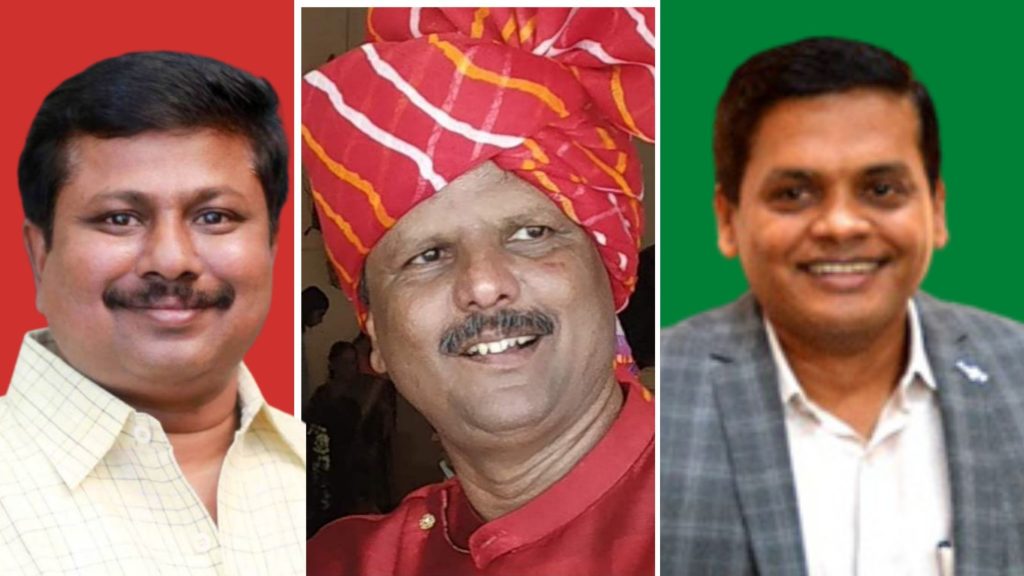 Pimpri. Special Representative
The state has a Mahavikas Aghadi government. However, Anna Bansode, the only NCP MLA from Pimpri-Chinchwad, has been treated like a tiger with his nails removed despite being a ruling party MLA. Yes, the picture is that whether it is the Municipal Commissioner or the administration, Bansode is not left alone.
Opposition BJP MLA Mahesh Landage, on the other hand, has maintained his grip on the administration. Therefore, is the MLA of the Opposition in Pimpri-Chinchwad heavier on the political stage than the ruling party? Such discussions are rife in political circles.
After overcoming the opposition of NCP MLA Anna Bansode and accepting the recommendation of BJP MLA Mahesh Landage, the municipal administration has finally hired retired city engineer Praveen Ladkat as its advisor for water supply. He was appointed as a consultant for 11 months without any interview.
In fact, the move to hire Ladkat as a consultant for the water supply department began. He was opposed by NCP MLA Anna Bansode. So, BJP MLA Mahesh Landage supported it. As MLA of the ruling party in the state, Bansode was likely to be doomed by BJP MLA Landage in this case. However, the opposite happened.
The Municipal Commissioner showed MLA Bansode the ghat of Katraj and gave a silver lining to BJP MLAs. Therefore, Praveen Ladkat resumed his service after overcoming the opposition of NCP. On Tuesday, Ladkat assumed office. It has to be said that this appointment is not just part of the administrative process but it has a political edge.
MLA Bansode’s plot to fail
A certain group in the NCP and a group affiliated with the disgruntled corporator in the BJP are working to make MLA Anna Bansode fail or ineffective in the Pimpri constituency. Behind this is the background of the Assembly elections to be held in 2024. Former Commissioner of Police Krishna Prakash has taken action against Bansode’s son in a contractor beating case. At that time, the NCP leaders did not help. Therefore, it is said that Bansode played a big role in replacing Krishna Prakash. Commissioner Rajesh Patil took a decision on the issues of unauthorized tapping, action on letter shed, appointment of Praveen Ladkat before that. Therefore, it is certain that Commissioner Patil will now be on the radar of NCP. At the administrative level, on the other hand, specific mechanisms have been put in place to prove how Bansode is failing.