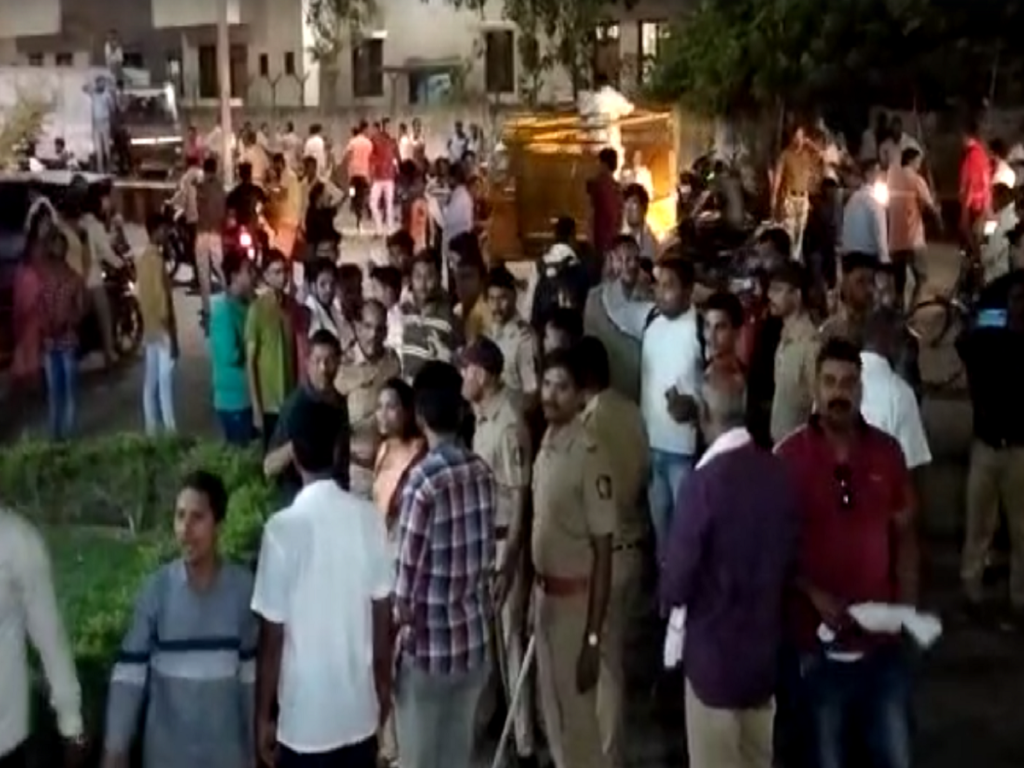 Jalgaon: Dhanraj Suresh Birari (37, resident of Shivajinagar), an employee of Jalgaon District Milk Team, died in a tragic accident near Muktainagar on Friday morning. Mayata’s family brought the body directly to the premises of Dudh Sangh for financial help. Relatives, angry that no help was forthcoming after five hours, placed the body directly in the milk team. At this time, the police lathicharged Mayata’s family.

The most shocking thing was that the bodies were also defaced. After fleeing due to the baton charge, the police finally took the body to Mayata’s house and released her. Meanwhile, the incident had caused huge tensions. The incident took place near Muktainagar around 3 am on Friday when a tanker carrying milk was stopped and another tanker was being loaded with milk when the tanker was hit by four to five vehicles.

Dhanraj Birari and four others from Dhule were killed on the spot in the accident. The relatives of Mayat Dhanraj along with the employees of Dudh Sangh started agitation from 5.30 pm to get financial help for his family. Meanwhile, the body was autopsied from Muktainagar and brought directly to the District Milk Team at around 7 pm. At this time, the relatives staged a sit-in agitation in the premises of District Milk Association.