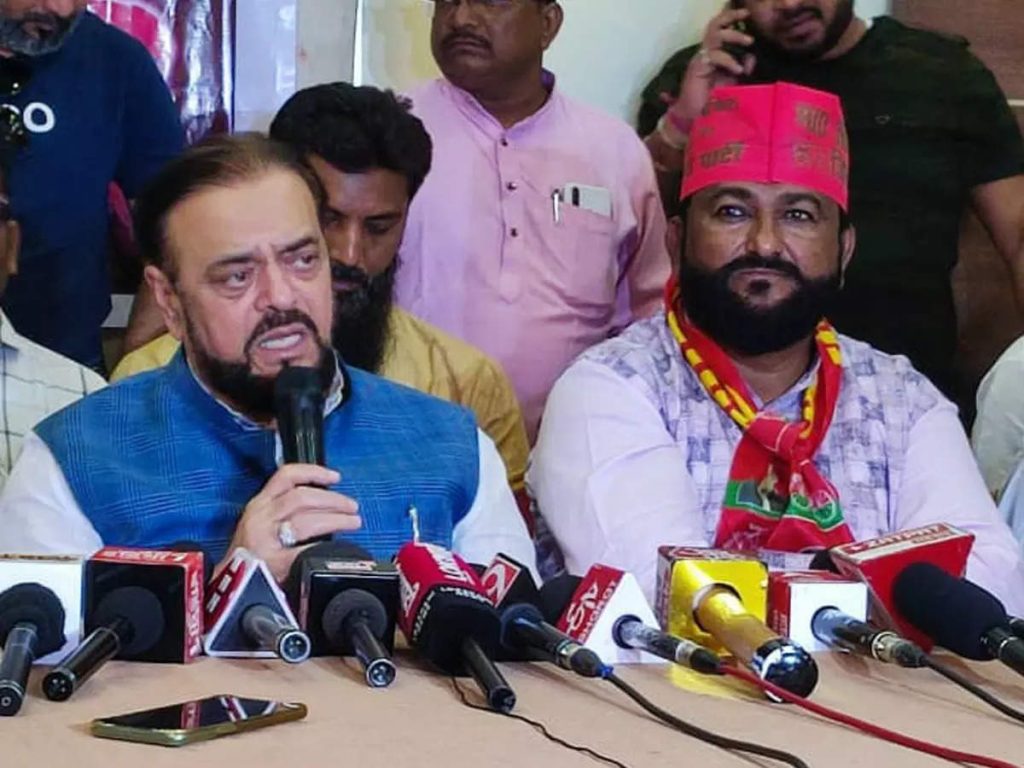 At this time, Azmi said that the issue of who is a big pro-Hindu is being brought forward to attract the opinion of majority. Chief Minister Uddhav Thackeray should come forward as a secular face and give relief to the citizens of the state. Also, the BJP central government is constructing a new Parliament House and Rashtrapati Bhavan at a cost of Rs 50,000 crore. His cunning ploy is to bring a new constitution in this new building. For the same purpose, the temple-mosque dispute is being scrapped again and again. The issue of bhongya and Hindutva is being brought forward to divert attention from the issues of education, health, corruption, inflation, water in the country, said Azmi.

The overall situation in the country is dire. BJP leaders talk on Hindu-Muslim issues, but not on development. He has threatened the constitution due to the temple-mosque dispute. The decision of the Supreme Court on the Babri Masjid was accepted and respected by the Muslims of the country. But now a new controversy over Gyanvapi Masjid is being brought forward, Azmi added.

The statement made by Congress General Secretary MP Rahul Gandhi about Bharatiya Janata Party is correct. There are fears of genocide in India in the near future. It will hurt everyone. He alleged that it was a ploy to end the reservation of Dalits and the status of Muslim minority. Reservations are being used by the underprivileged. But big public enterprises like railways are being sold in the country. Jobs are declining, he added. Citizens should not be outraged over issues like inflation, unemployment, corruption, health, water, therefore, the issue of Hindu-Muslim and temple-mosque as well as Hindutva is being raised again and again without any reason. Abu Azmi also called for compliance.