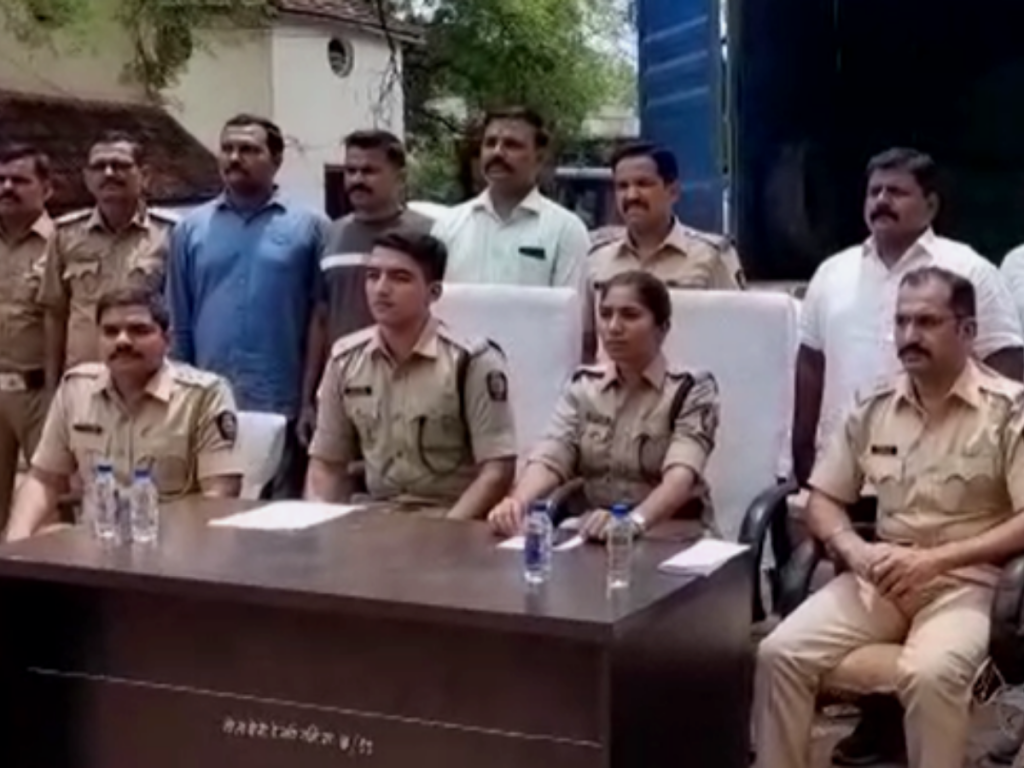 Solapur : Based on the information given by the source, Solapur Rural Police has raided and seized gutka worth one crore rupees. The gutkha was transported from Vijaypur in Karnataka towards Tuljapur-Marathwada in two large containers. During the operation, police seized 930 bags of gutkha along with two containers. The taluka police have carried out a major operation by raiding Pakni Pati.

While trainee Assistant Superintendent of Police Satyasai Kartik was on patrol at Pakni in North Solapur Taluka Police Station area, he was informed by a confidential informant that two containers of Gutkha would arrive on the Tuljapur route from Teramail Mandrup. When the DB squad of the taluka police set the trap, the container number M.H. 46 A.F. 6117 and H.R. 38-X. 8051 vehicles were caught near Vasudev Hotel in Pakani. At that time, when the driver was asked what was in the container, he initially gave vague answers. Police found white bags full of gutkha-like (tobacco products).

After that both the containers were loaded at Solapur Taluka Police Thane. While inspecting the contents, it contained 1122 Hira Pan Masala, Royal 717 70 bags (110 bags each) 35 bags (220 bags each), 344 tobacco Hira Pan Masala 300 bags (100 bags each), Royal 717 150 bags (200 bags each) Gutkha-like goods and vehicles worth Rs. 1 crore 45 lakh 74 thousand with a total market value of Rs. Have been confiscated. Food and Administration Department Solapur has been informed to take further action. Further investigation is underway.