Goykarwada visit after Rajiv Gandhi's death; Assurance given to Parubai who is transforming the village | Mahaenews
BREAKING NEWS

Home English Goykarwada visit after Rajiv Gandhi’s death; Assurance given to Parubai who is transforming the village

Goykarwada visit after Rajiv Gandhi’s death; Assurance given to Parubai who is transforming the village 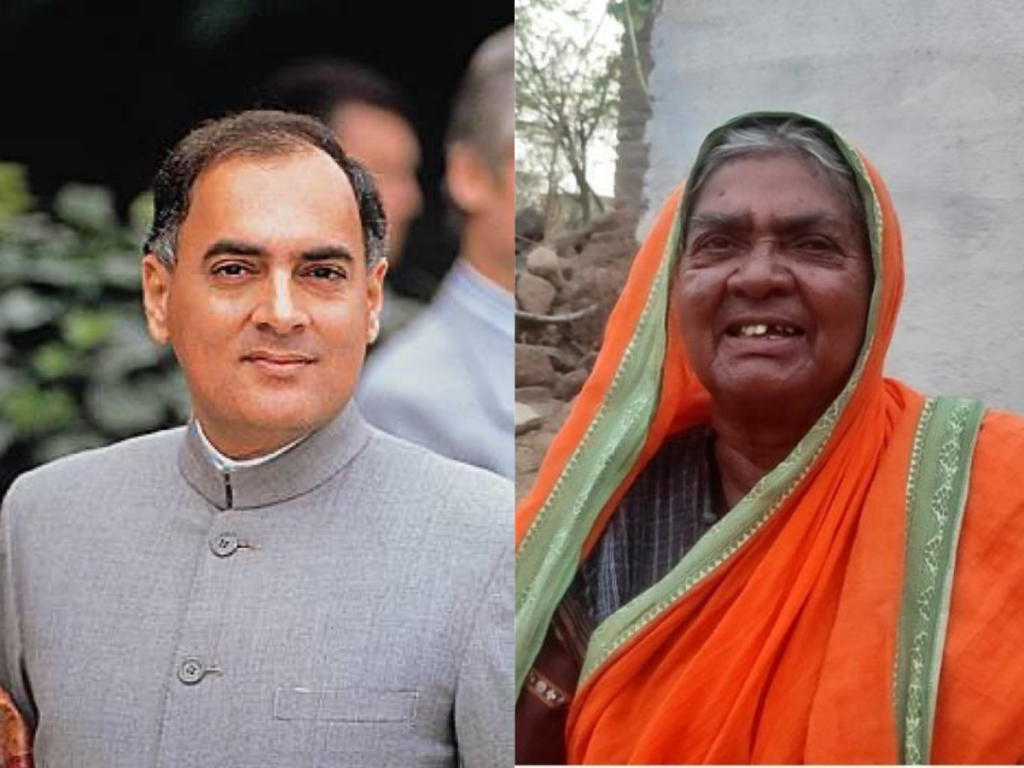 Ahmednagar: May 21 marks the 31st anniversary of the death of former Prime Minister Rajiv Gandhi. But even today, Rajiv Gandhi’s wish to visit Goykarwada, a small village in Ahmednagar district, and Parubai Chande from that village, remains unfulfilled due to his untimely death. Today, at the age of seventy-five, Parubai had made such a transformation of Goykarwada village 35 years ago that the then Prime Minister Rajiv Gandhi himself took note of this transformation and invited Parubai to visit him and promised to visit the village.

Goykarwada is a village on open bare Malrana in Karjat taluka of Nagar district. A village of shepherds that looks exactly like Venkatesh Madgulkar’s Bangarwadi. In the eighties, Goykarwada had no drinking water, no road, no school, no hospital nearby. Parubai, who works as a health worker at a rural health project in Jamkhed, decided to change this. I took the women of the village with me. I explained to these women what should be the priority in our village. Due to the efforts of Parubai, the men also joined in and then through hard work the village road was built, a tank was built for water, trees were planted on Malrana, Bindhura stoves were set up in the village, kindergartens were set up. The then District Collector Nanasaheb Patil, Zilla Parishad Chief Executive Officer Swadhin Kshatriya and trainee IAS Ajoy Mehta were present at Goykarwada for the inauguration. Two of them later became chief secretaries of state.

Later, the District Collector conveyed the information of Goykarwada to the Prime Minister’s Office. Parubai was invited to Delhi for breakfast with the then Prime Minister Rajiv Gandhi. Parubai met Rajiv Gandhi and talked for two and a half hours. Understood how Goykarwada was transformed. Rajiv also discussed the Panchayat Raj Bill with Parubai and sought her views. Rajiv also spoke about 30 per cent reservation for women in Panchayat Raj. In this discussion, Rajiv Gandhi had promised to come to Goykarwada. By asking for a map, Rajiv Gandhi understood the exact location of Goykarwada in front of Parubai. However, a subsequent coup took place and Rajiv was assassinated in the ensuing elections in 1991, so Goykarwada was visited. This is the grief of Parubai and Goykarwada people. Parubai is proud that the Prime Minister himself took care of her work, but the sadness of her visit to the village continues even after 31 years.