Going to Shirur, Raut said, the next MP will have to be found, now what will happen to Amol Kolhe? | Mahaenews
BREAKING NEWS

Home English Going to Shirur, Raut said, the next MP will have to be found, now what will happen to Amol Kolhe?

Going to Shirur, Raut said, the next MP will have to be found, now what will happen to Amol Kolhe? 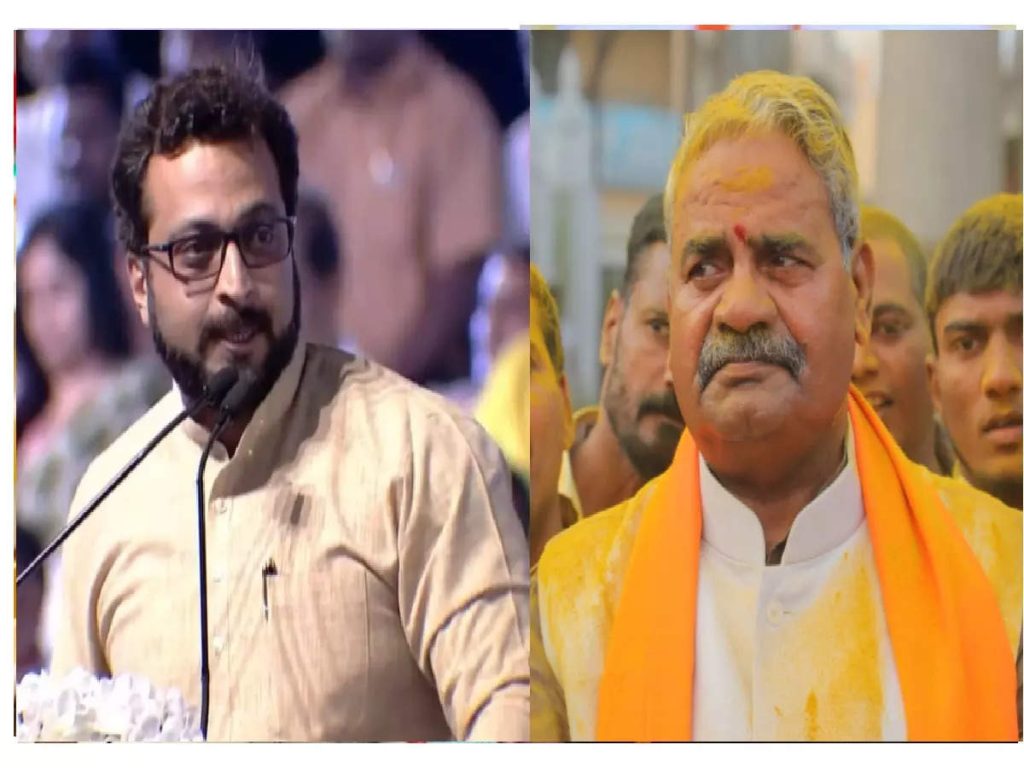 Shivajirao Adhalrao Patil, a three-time Shiv Sena firebrand leader, will be in Parliament in the future, said Elgar MP Sanjay Raut in Shirur. Adhalrao’s work for Shiv Sena is big. Chief Minister Uddhav Thackeray is standing firmly behind him. He will be given due respect, Raut said. Therefore, the NCP leader who is currently a Member of Parliament for Shirur, Dr. What will happen to DR Amol Kolhe? Such a question is being discussed in the political circles after Raut’s statement.

MP Sanjay Raut has been on a tour of Pune since yesterday. Today, he held a press conference at Shirur-Ambegaon, the home ground of Adhalrao. In this press conference, he underlined the contribution of Adhalrao Patil for Shiv Sena. Warned Amol Kolhe. We are going to sit together for Shirur Lok Sabha seat. But I will say this for sure, in future Shivajirao Adhalrao Patil will be in Parliament, said Raut.

The Mahavikas Aghadi government is in power in the state. Raut also said that all the upcoming elections will be fought together. But in Shirur Lok Sabha constituency, there was a traditional battle between NCP and Shiv Sena. In the run up to the 2019 Lok Sabha elections, actor Amol Kolhe pushed the Shiv Sena and tied the NCP’s watch on his wrist and prevented Adhalrao from winning the Lok Sabha elections. In the political arena of Shirur, the new fox made four heads to the veteran Adhalrao. Now the Lok Sabha elections are one and a half years away. Therefore, if the Mahavikas Aghadi decides to fight together, it is certain that there will be a heated exchange between the NCP and Shiv Sena from Shirur’s place.

What did Raut say about Shirur’s place?

“We are going to sit together regarding Shirur Lok Sabha. State Chief Minister Uddhav Thackeray is standing firmly behind Adhalrao. The work done by Adhalrao for the last many years for the army is recorded in the history of his work. Someone may say anything, but in future Shivajirao Adhalrao Patil will be in Parliament, ”said Raut.