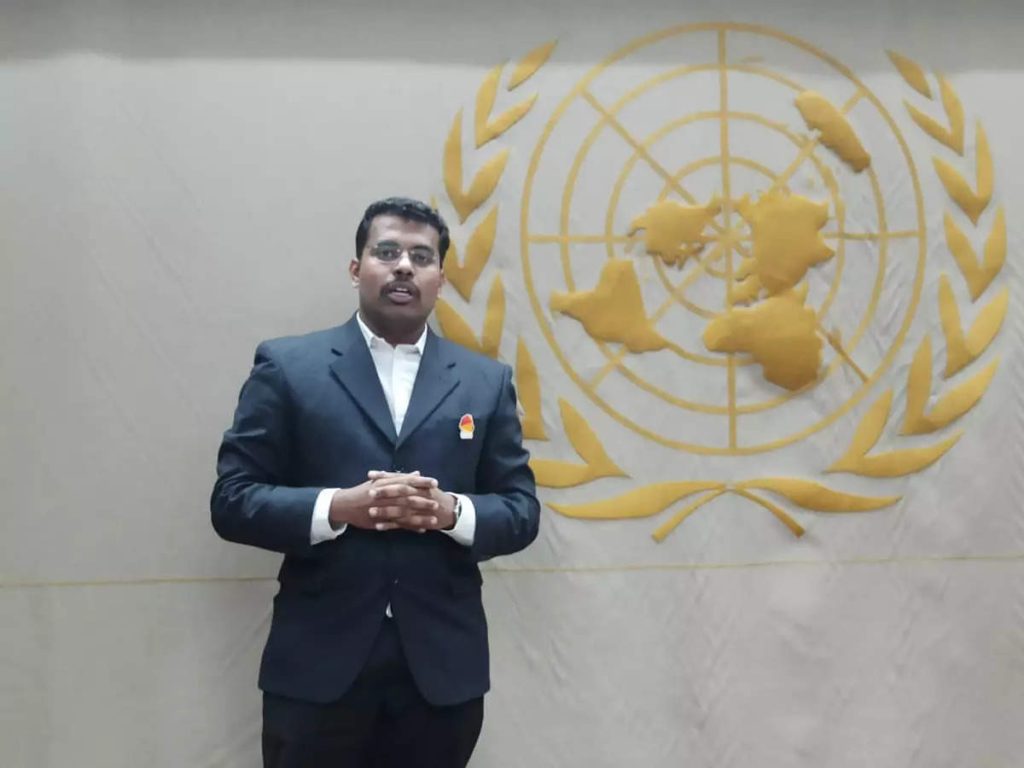 Osmanabad: A young man from Arjunwad village in Shirol taluka is being appreciated all over the world. Vinayak Hegana has been awarded the United Nations Global Changemaker Fellowship in recognition of his work. Thirty-two young people from 18 countries have been selected for the initiative, whose work has had a positive impact on society. At the global level, the work of these young people has been considered under the 12 Sustainable Development Goals (SDGs) set by the United Nations (UNDP). Such young people are honored with the Global Changemaker Fellowship. (Vinayak Hegana was selected as the global change maker from 18 countries)

Vinayak Hegana, a young man who accepted Osmanabad as his hometown, has been selected as a Global Changemaker. Vinayak has been working tirelessly for the last 7 years in Osmanabad district of Marathwada with agricultural graduate education to prevent farmer suicides. By setting up Shivar Sansad Youth Movement, he has raised an army of 3,000 youth from youth families as volunteers. The research concept ‘Shivar Helpline’ has so far succeeded in discouraging more than 195 farmers from committing suicide. This community service has been taken up at the university level through the National Service Scheme, Tata Institute of Social Sciences, Mumbai, IIT Mumbai and the Policy Commission, Government of India.

Going further, the concept of making soap from Osmanabad goat’s milk has actually been started after 3 years of research for the financially independent women of the suicidal family. This is helping more than 250 families. It has been selected as one of the Top 25 Social Innovations in the Sustainable Development Goals (SDG) category under the United Nations Development Program (UNDP) in January 2020. Vinayak Hegana, a native of Kolhapur, has been working day and night to change the situation of needy farmers in Osmanabad district. After this glory of his, he is being appreciated everywhere.