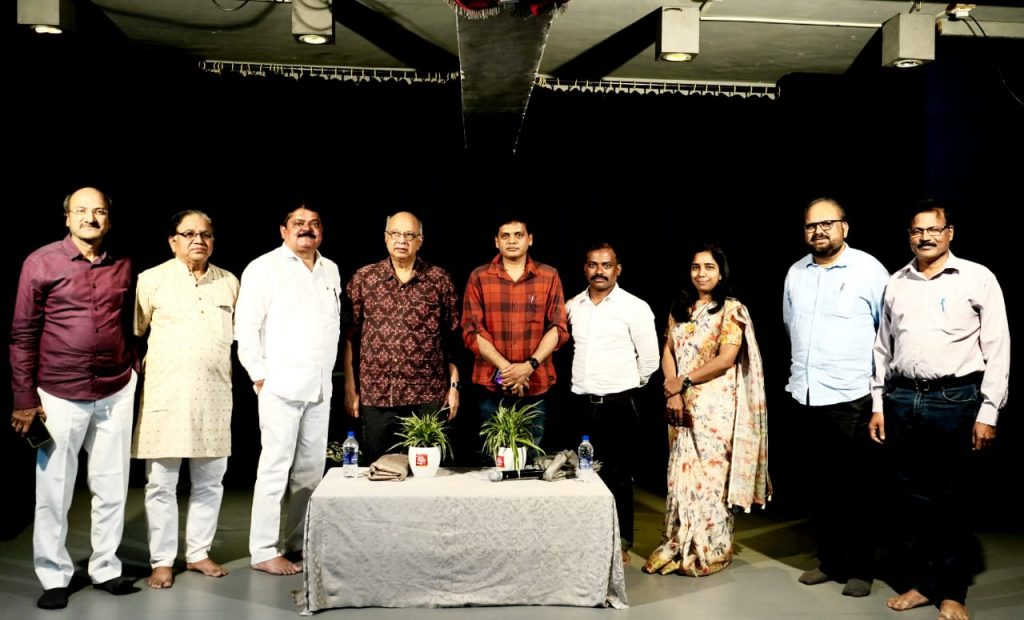 Pimpri: There is subsidy for banana abroad but it is unfortunate that banana is not subsidized in our country. It is the duty of any establishment and government to contribute to the cause of art. Former director of Lalit Kala Kendra and senior playwright Satish Alekar appealed to the commissioner to provide financial support to such organizations working for art.

The first class of Natya Abhinaya Certificate under the auspices of Theater Workshop Company and under the Department of Fine Arts Center, Savitribai Phule Pune University was inaugurated at Pais Rangmanch. He was talking at the time. Commissioner Rajesh Patil was present on the occasion. Painters working in the cultural field of the city, representatives of organizations were present at this occasion.

Satish Alekar further said that there is no guarantee that the style of drama we do will become popular. Playwrights like Vijay Tendulkar were matriculated. Whatever fell was working. He wrote the plays he wanted and took the scope of the play to the international level. Some people want to rely on the professional world for drama, so they do plays that way. There are many different genres of play, amateur, experimental, professional. In all of this, the relationship between the audience and the nut is like that of a mother and a child. The child imitates the mother just as the mother teaches the child. So the relationship is so old that he sees his mother as an artist in his childhood.

The question is why to take drama training. What is the need for drama training? It is not as if he had learned what he became as an artist. The tradition of drama dates back to 1842. There is no such proven grammar of the play. The grammar of song and dance is not the same as that of drama. Which he plays his way. When the actor in the play is ready, he has to be interviewed somewhere. After training, he realizes how much water we are in and that is not the only reason for his inferiority complex. On the inside he must have thought he was an artist. We have to think about where the weapons we get from the play can be used.

Commissioner Rajesh Patil said, “This platform is very important for the artists who are interested in this field. The arts are given less attention by the decision makers in the city. She is trying her best to do something for this area. Here are some ideas to help you get started: