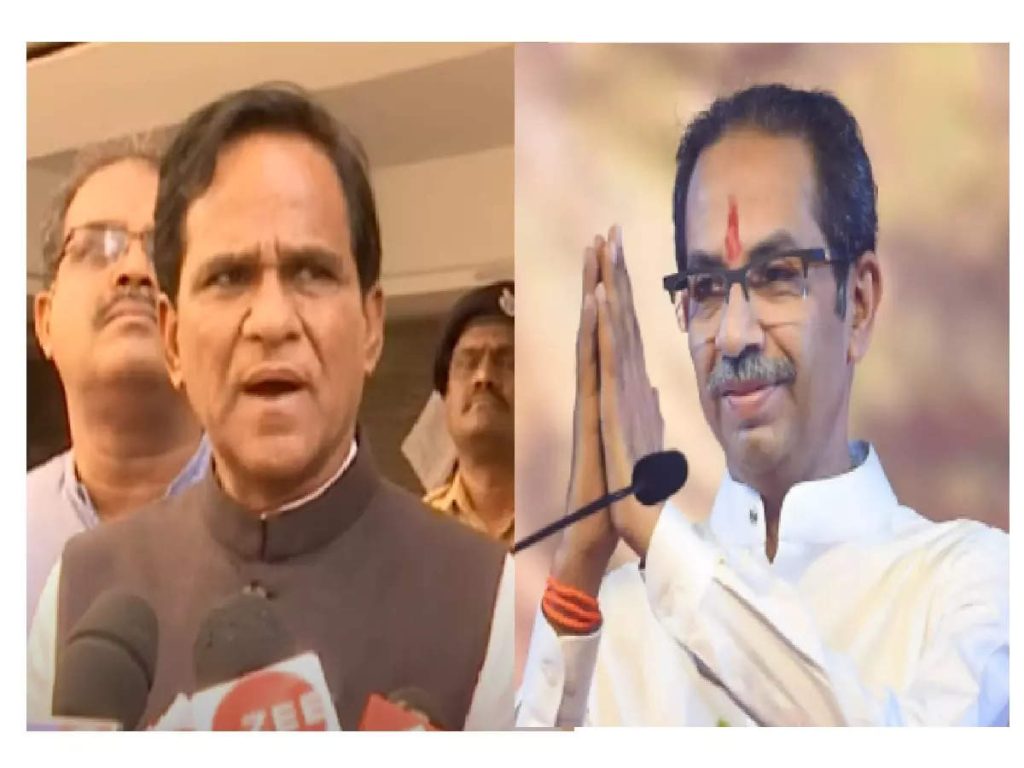 Mumbai:When Babri Masjid Demolition fell, I was there myself, no Shiv Sainik was present. The Chief Minister (Uddhav Thackeray) accused us three times from Babri. I tell them, you were not there, I was there. Stop talking nonsense, reiterated Union Minister of State for Railways Raosaheb Danve. Danve has responded to the criticism of the Chief Minister’s meeting in BKC (Uddhav Thackeray BKC Sabha Ralley). “The Babri Masjid was not a political issue for us. The Babri Masjid was an attack on the culture of our country. We destroyed it. We wanted to destroy the attack on the culture of the country. You were not there when Babri fell. I was there myself at the time. So stop making accusations against us from Babri ”, said Raosaheb Danve.

“People of the state sat in front of the TV as the Chief Minister’s speech was going to be held yesterday. But the Chief Minister’s speech disappointed the people. People were curious about what the Chief Minister did in the last two and a half years, what the government did, what the government of Mahavikas Aghadi will do in the next two and a half years. But the Chief Minister did not utter a word. Only criticism and allegations against BJP were seen in yesterday’s meeting. Yesterday’s meeting was just a disappointment meeting “, remarked Raosaheb Danve. Uddhav Thackeray criticizes us for forming an alliance with Mehbooba Mufti. But they conveniently forget that Shiv Sena had also formed an alliance with the Muslim League. Uddhav Thackeray has also forgotten that Shiv Sena had supported the state of emergency imposed by the Congress on the country. So I want to tell them, don’t dig out the old ones. Now that you are the Chief Minister, tell the people what you have done and what you are going to do as a government, ”said Raosaheb Danve.