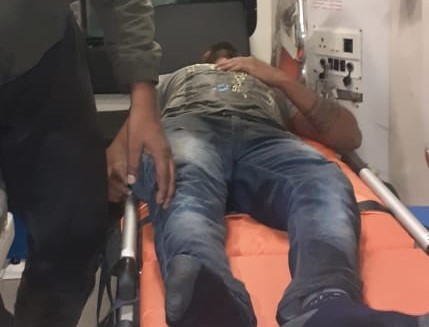 Pimpri: Firefighters from Pimpri have rescued Isma, who fell into a riverbed at Dapodi Bridge (Harris Bridge). Pimpri-Chinchwad: The fire brigade at Pimpri got information that an ISM (age 32) fell into a river basin at Dapodi bridge on 15th. Seeing the seriousness of the incident, the fire brigade personnel rushed to the spot. At the scene, the troopers were spotted drowning in knee-deep water in the middle of an Ism river basin.

Under the guidance of Chief Fire Officer Kiran Gawde, the fire brigade rushed to the riverbed with the help of a boat and rescued Isma safely out of the riverbed. Due to the darkness, the rescue squad wasn’t called for him. The fire brigade informed the police and rushed Isma to the hospital in an ambulance.