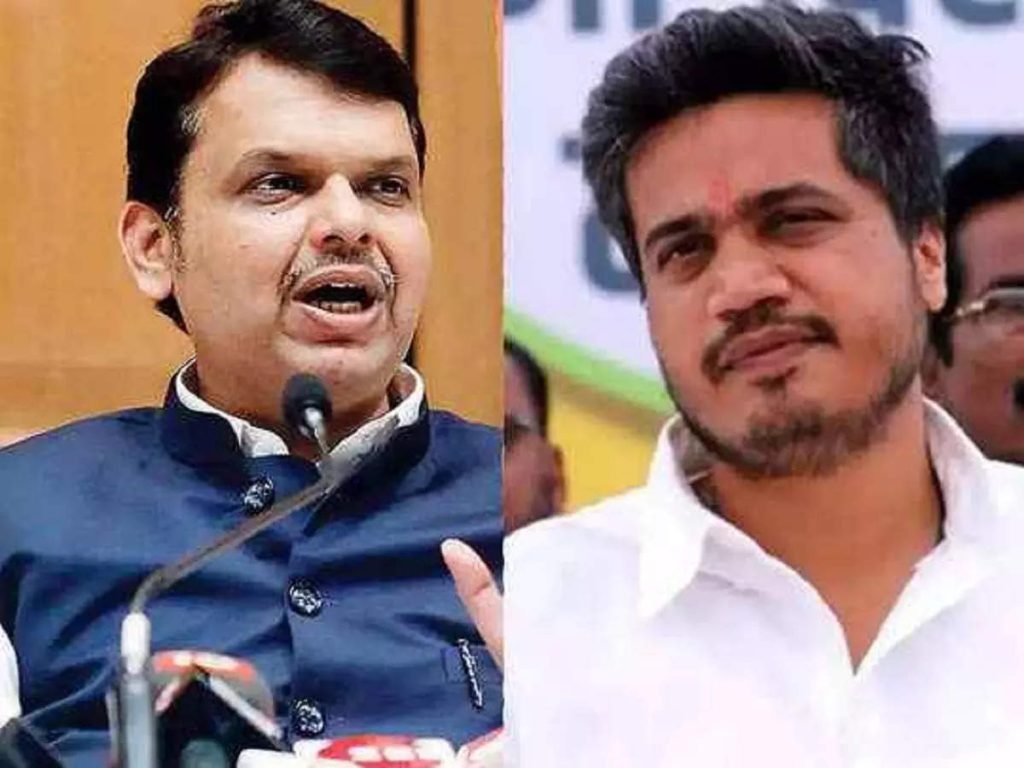 Ahmednagar: During the visit of BJP leader and Union Minister Smriti Irani to Pune, the aggressive agitation by the Congress and the NCP was hotly debated. In this agitation, a BJP office bearer raised his hand against a woman office bearer of NCP and a big controversy has also erupted. Against this backdrop, NCP youth leader and MLA Rohit Pawar has strongly attacked the BJP.

“It is highly reprehensible for a woman BJP activist to take a gas cylinder for Rs.

Rohit Pawar has also targeted BJP leaders at the state level over the beating of a woman NCP office bearer. ‘Chandrakant Dada Patil and Devendra Fadnavis Saheb, you are great leaders. At least we expected our workers to understand and cover up. But if you are trying to support such a trend, it is unfortunate and will never suit the culture of Maharashtra, ‘said Rohit Pawar.

Meanwhile, Rohit Pawar has demanded that the BJP has already lost the level of politics, at least now the culture of Maharashtra should not be lost and the perpetrators should be thoroughly investigated and strict action should be taken against the culprits.