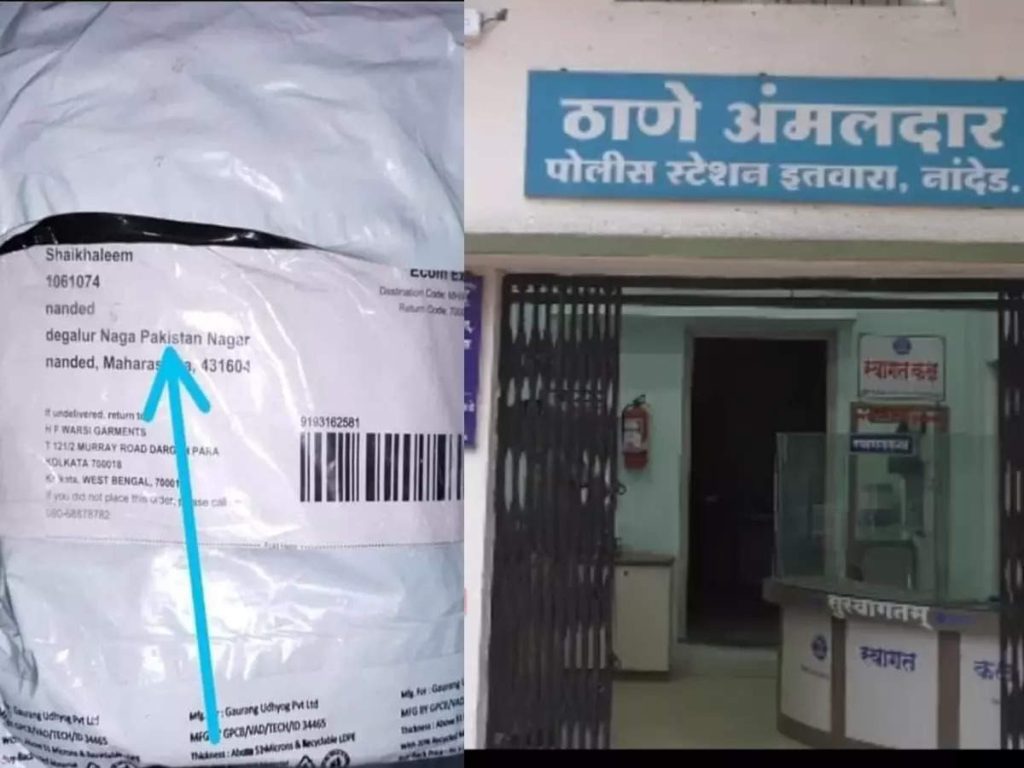 Nanded : Sheikh Khalil (25 years old) from Deglur Naka area of ​​Nanded city had ordered online (parcel address controversy) clothes for his little nephew. The clothes were to be delivered from Kolkata. Accordingly, Khalil received a parcel of clothes. But the address on that parcel went viral on social media. This created a stir in the district and it all reached the nanded police.

Police have launched an investigation into the matter. Sheikh Khalil, who was ordering clothes by courier, was arrested and questioned by the police. After that, the police investigation has revealed that all this happened due to misunderstanding. Since Khalil could not read or write, he recorded the voice from his mobile and sent his address to the company concerned on the app. The company wrote the address as Pakistannagar, Nanded instead of Pakijanagar under Khalil’s name. And it turned out to be a misunderstanding by the company.

There is no town called Pakistannagar in Nanded city or district. Pakijanagar is located in Deglur Naka area of ​​Nanded city. Police Inspector Dhabdage of Itwara Police Station said that all this was due to misunderstanding. Don’t post any such rumors or caste-religion divisions on social media. If found, legal action will be taken, warned Inspector Dhabdage.