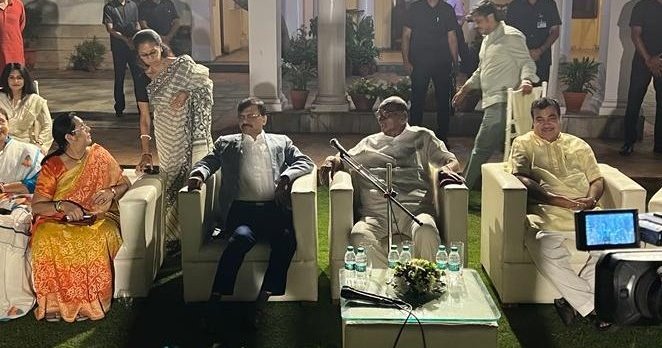 For the last several days, a different match like ED vs Sanjay Raut was being played in the state. Earlier, after a heated debate over the action of ED against Sanjay Raut’s brother Sunil Raut, now the ED has taken action directly against Shiv Sena MP and spokesperson Sanjay Raut. Sanjay Raut’s 8 plots in Alibag and one flat in Mumbai have been confiscated by the ED. In this regard, the opposition BJP is now targeting Sanjay Raut.

Meanwhile, NCP’s Sarvesarva Sharad Pawar hosted a banquet for all party MLAs on the same day. Union Minister Nitin Gadkari along with Sanjay Raut graced the occasion. So the discussion is over.

Praveen Raut, a close associate of Sanjay Raut, was arrested in connection with the alleged Rs 1,034 crore scam in Mumbai. In the investigation, ED suspects that the money from the scam was used to buy property in Alibag. It is said that ED has taken action in this regard.