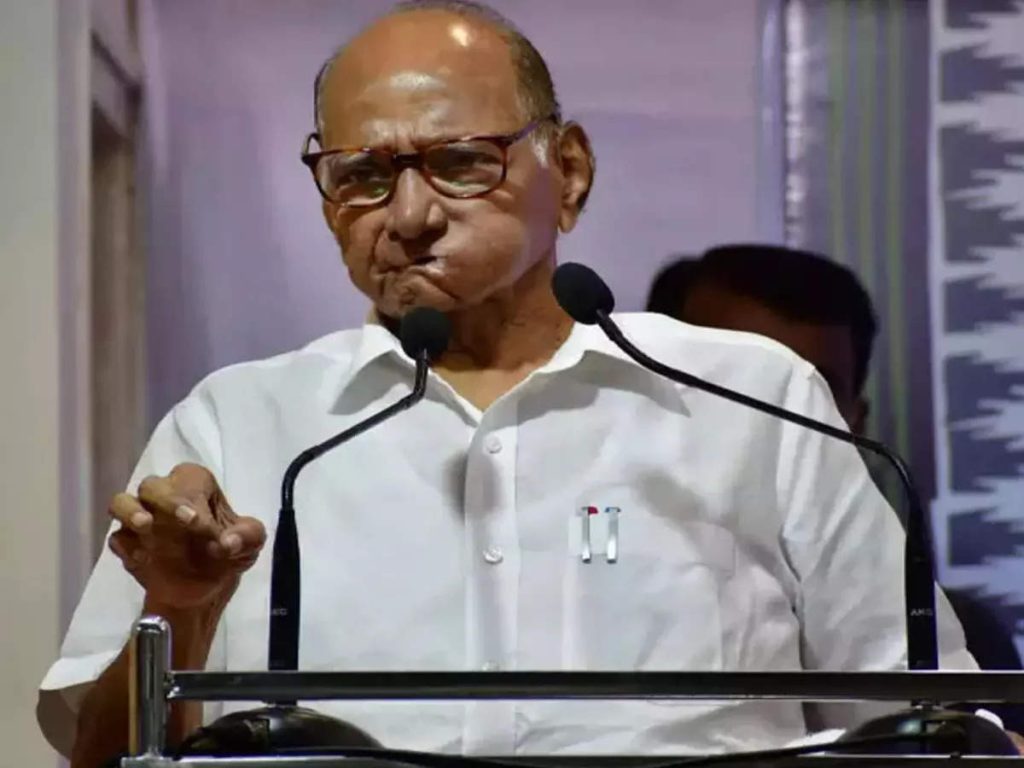 Shirdi: RaBJP leader MLA Radhakrishna Vikhe Patil has targeted Chief Minister Uddhav Thackeray and NCP president Sharad Pawar over the ED’s action against Transport Minister Anil Parab. Commenting on the action taken by the ED on the assets of Anil Parab, Vikhe Patil said that this is not a Mahavikas Alliance but a corrupt government.

It is not known how far the raid on the transport minister will go, said Vikhe Patil. ED action does not take place without any concrete evidence. This is proved by the case of Nawab Malik. The court observed that he had an affair with Dawood Ibrahim. But still knowing kings say I have faith in them. Vikhe Patil has sharply criticized Sharad Pawar, saying that support for terrorist activities is unfortunate for Maharashtra. (Radhakrishna Vikhe Patil criticizes NCP leader Sharad Pawar)

Sharad Pawar has accused the BJP of spreading casteism in the country over the ongoing controversy over Gyanvapi mosque and temple. Vikhe Patil has also taken note of his statement. Recalling that the NCP had supported the BJP when the counting of votes started in 2014, Vikhe said that he did not think the BJP was racist. People have seen Sharad Pawar changing his role as per convenience. In the course of time, Vikhe Patil has also accused Sharad Pawar of saying that it would not be a surprise if he starts supporting BJP tomorrow.

This government has not come together on the same development program, but on the same looting program, in such words Vikhe Patil has targeted the Mahavikas Aghadi government. Only looting is going on in the state and the general public in the state is suffering the consequences. The government should not see more end of the people. The Chief Minister should maintain his status by sending home all the corrupt ministers. However, the state leadership has become insensitive, said Vikhe Patil to Chief Minister Uddhav Thackeray. Sanjay Raut has said that after the action taken in the context of Anil Parab, this development is taking place to overthrow the government and our morale will not be depleted due to such actions. There is no need to pay much attention to Sanjay Raut’s speech. Vikhe Patil has also accused Sanjay Raut that his morale is already low.