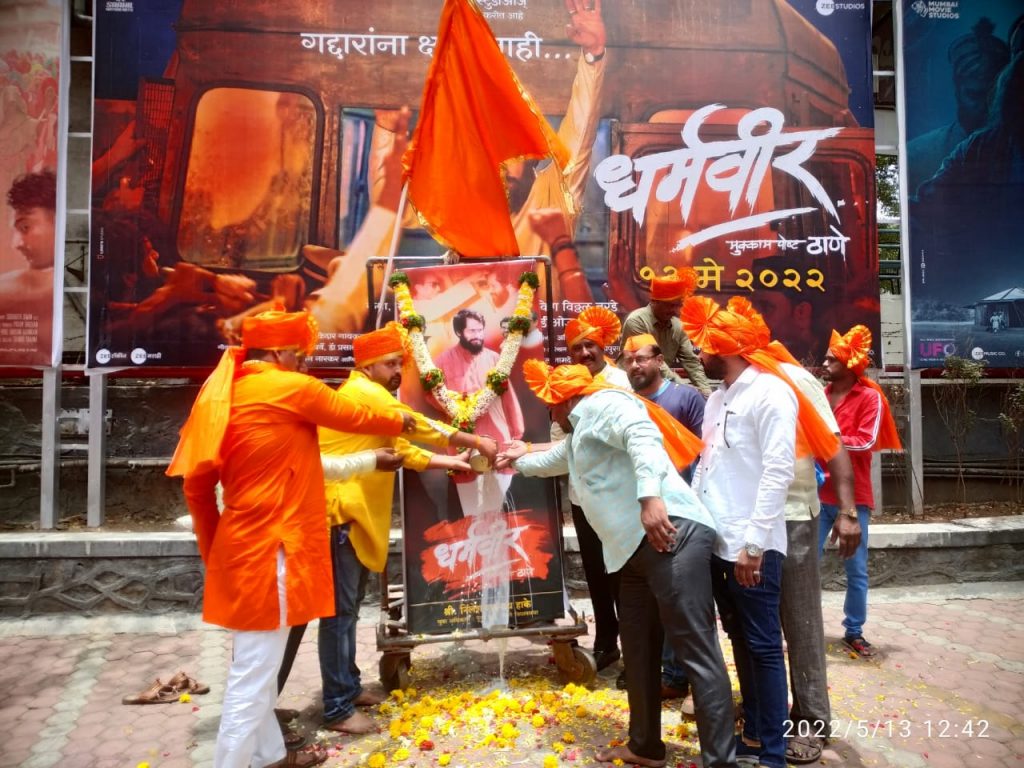 Pimpri: The much talked about film Dharmaveer Mu.Po.Thane, which has attracted the attention of all Maharashtra, was screened all over Maharashtra today. On this occasion, Pimpri Yuvasena celebrated Anandotsav and distributed free tickets. In the presence of numerous activists, a statue of late Anant Dighe was entered in the cinema hall with the sound of drum beats.

At that time, everyone was allowed to enter the cinema wearing saffron headdress. The film depicts the life journey of Anant Dighe, who is known as a loyal Shiv Sainik who walks with all castes and religions. According to the teachings of Shiv Sena chief Balasaheb Thackeray, the story of a true Shiv Sainik who has always been loyal to Hindus and Muslims without any discrimination and who is constantly striving to maintain communal harmony without any discrimination. Nilesh Hake, Pimpri Yuvasena Youth Officer, congratulated Oak and his co-stars and urged them to watch the film with their families.