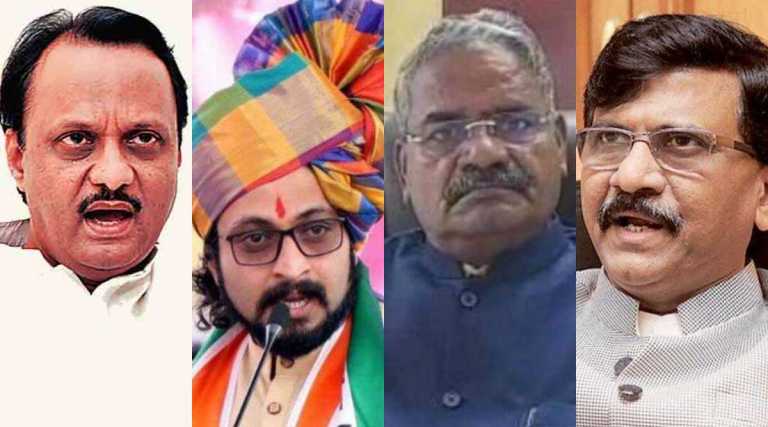 Following Shirur MP Amol Kolhe: He said, does Sanjay Raut have the right to give tickets?

Pune: Shiv Sena, Congress and NCP are in power in the state. Meanwhile, Shiv Sena MP Sanjay Raut said that Shiv Sena leader Shivajirao Adlrao Patil will be the next MP from Shirur. Then came the discussions. Similarly, Deputy Chief Minister and NCP leader Ajit Pawar also reacted to Raut’s statement.
Ajit Pawar said, “Sanjay Raut must have made that statement to make his workers feel good. Tomorrow, where I am a Shiv Sena MP, I will announce the candidate to make the NCP workers feel better, but after announcing the candidate, do I have the right to give the ticket or does Sharad Pawar have it? Does Sanjay Raut have the right to give tickets or does Uddhav Thackeray have the right? ”

What exactly did Sanjay Raut say?

“Former Shirur MP Shivaji Adhalrao Patil will be seen in Parliament again. We are going to sit together in the Lok Sabha, ”said Sanjay Raut. He was speaking at a press conference at Ambegaon in Khed. The press conference was held at his residence in the presence of Shivaji Adhalrao Patil. At present, Amol Kolhe of NCP is the MP in Shirur. Shiv Sena and NCP are both constituent parties of Mahavikas Aghadi. Meanwhile, Sanjay Raut’s statement caused a stir in political circles.

Shivajirao Adhalrao Patil has twice represented Shiv Sena from Shirur Lok Sabha constituency. However, he was defeated in this year’s (2019) Lok Sabha elections. Dr. who came to NCP from Shiv Sena. Amol Kolhe defeated Adhalrao Patil and hoisted the NCP flag in Shirur.

Out of total 12 lakh 86 thousand 226 votes in Shirur constituency, Amol Kolhe had got 49.17 percent votes. In this constituency where 23 candidates are standing, Kolhe got almost 50 per cent or 6 lakh 32 thousand 442 votes. Kolhapur’s main opponent Adhalrao Patil got 44.64 per cent or 5 lakh 74 thousand 164 votes. Kolhe had defeated Adhalrao by 58,278 votes.