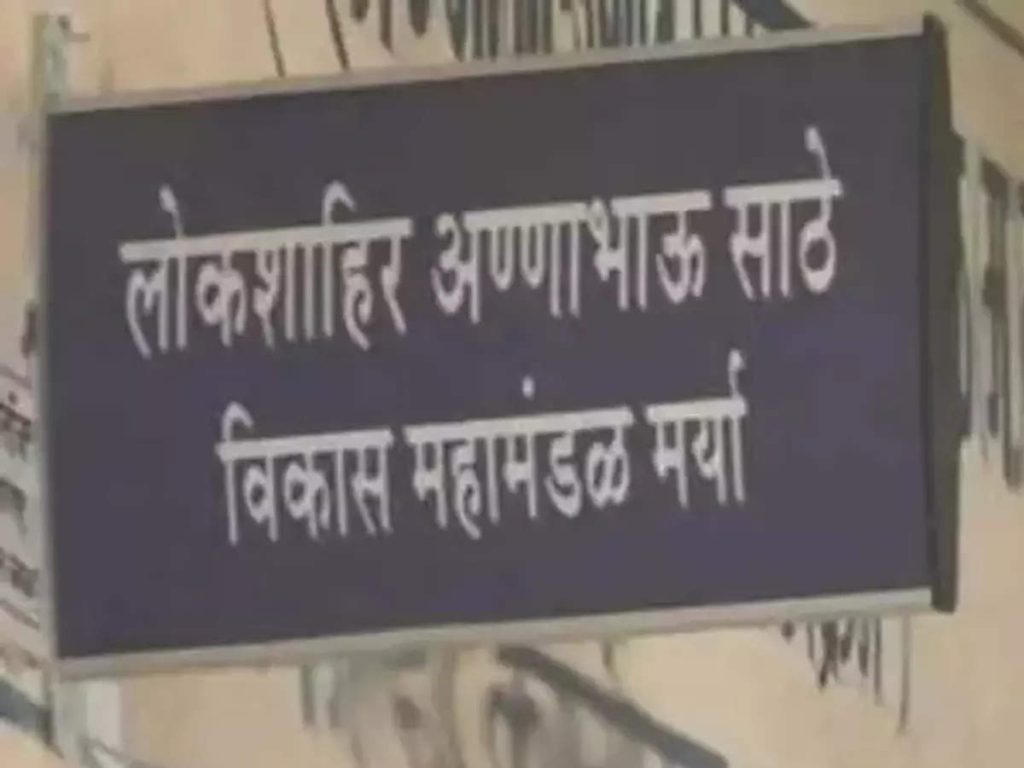 Pune : The treasury of Sahityaratna Lokshahir Anna Bhau Sathe Vikas Mahamandal, established in 1985 for the upliftment of the Matang community, has been looted in a corrupt manner, leaving only Rs. All the funds of the Seed Capital Scheme have been exhausted and the Corporation has gone into debt due to a crunch in the coffers.

The corporation has submitted a status report to the state government. In that report, the financial condition of the corporation has been presented. The report proposes to provide equity to the corporation and to repay the funds of the National Backward Classes Financial Development Corporation (NSFDC). However, the financial condition of the corporation is deplorable, the report said. ‘Seed Capital Scheme’ and ‘Direct Loan Scheme’ are implemented from the Corporation’s share capital funds. Under the Seed Capital Scheme, individual projects with an investment of Rs. 50,000 to Rs. 7 lakhs are sanctioned to young men and women from families with an annual income of Rs. In these loan cases, 20% of the amount is given by the corporation as seed capital. It contains a grant of ten thousand rupees. An interest rate of four per cent is charged for this. 75 per cent share belongs to the bank and the remaining 5 per cent share belongs to the beneficiaries.

Loans are given under Seed Capital Scheme for loan cases with project limit up to Rs. 25,000 in direct loan scheme. The funds are distributed to the concerned at an interest rate of two per cent.

The discrepancy between the funds received and the expenditure incurred is due to irregular and irregular disbursement of funds under the Seed Capital Scheme from 2012-13 to 2014-15, the report said. During this period Ramesh Kadam was the President of Mahamandal. The case is being investigated by the State Criminal Investigation Department (CID), the report said. Regarding this, the former president of the corporation Amit Gorkhe said, ‘The financial condition of the corporation has deteriorated due to malpractices. Due to lack of funds, loans for business and vocational training are not available, which is a problem for the budding youth in the society. Therefore, he approached the state government for providing funds. The state government has announced a fund of around Rs 1,000 crore. Therefore, in the future, the corporation will be able to get energy.