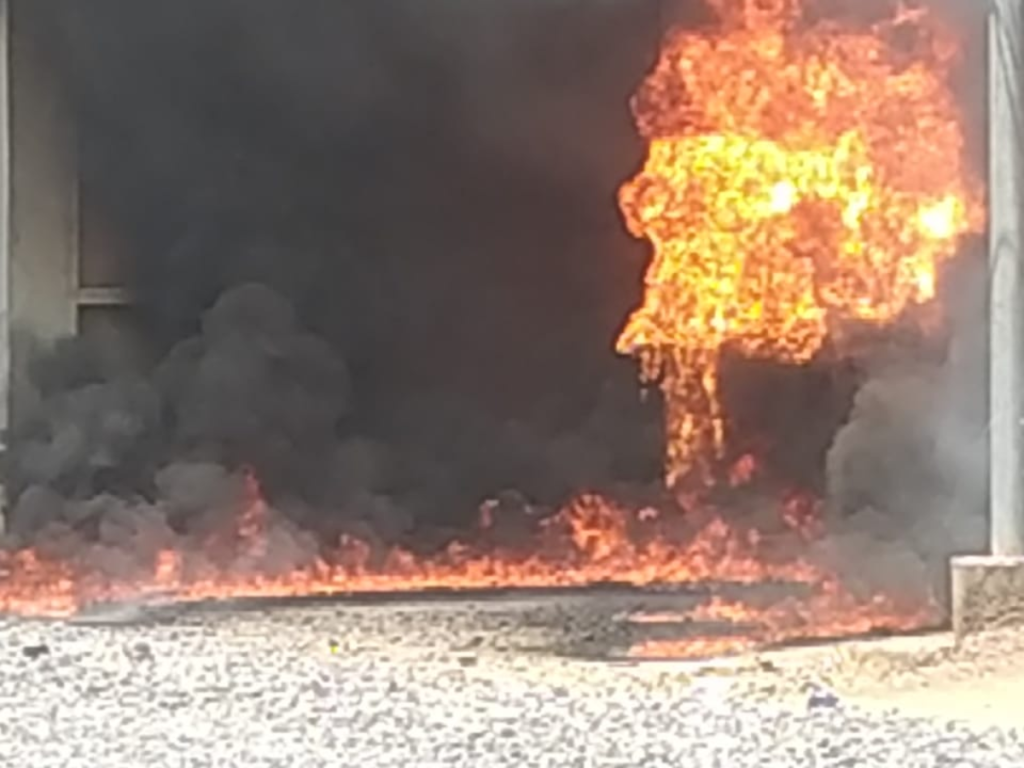 Asphalt road work is underway near Yashoda Kandap Kendra in Devpur area of ​​Ward No. 4 of the city. The road suddenly caught fire while the asphalting work was being carried out from the development fund of the local corporator. As the flames could be seen from a distance, there was only one crowd at the spot and for some time there was only one commotion in the area.

The road in Devpur area of ​​the city has been in dire straits for the last one year. The road work had taken a break for the last two years. Where work has now begun. Asphalting work is underway in Ward No. 4 in Devpur area this morning. The asphalt drums set for road work suddenly caught fire and the fire was so fierce that the flames were rising twenty-five to thirty feet high.