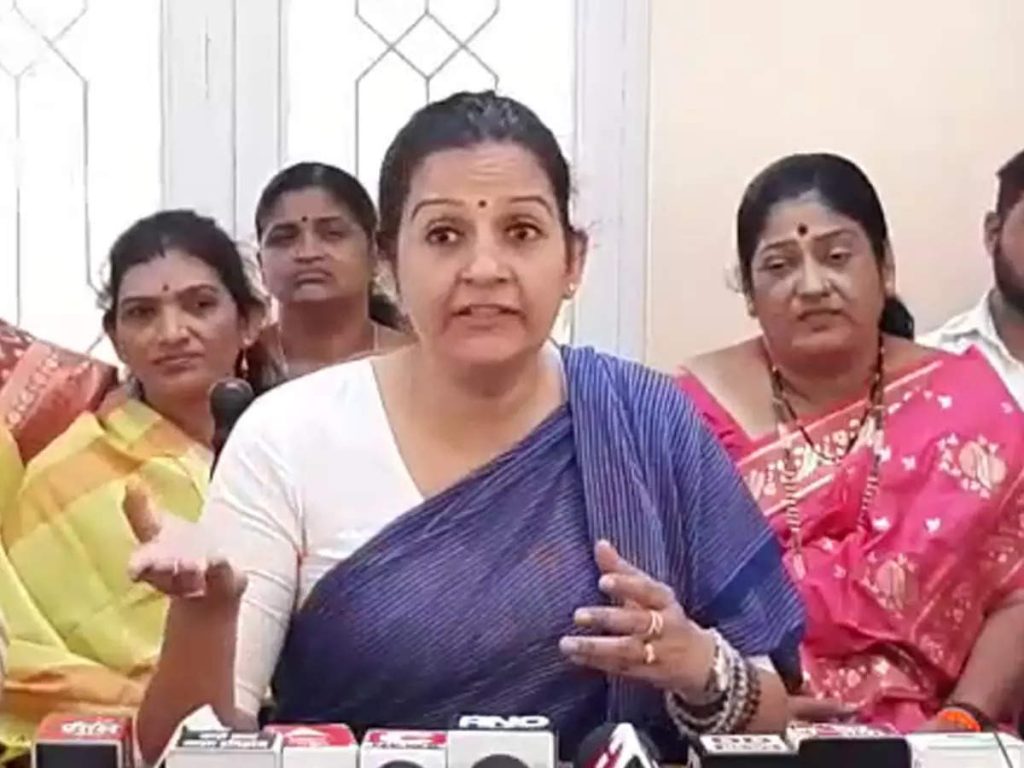 Shiv Sena Rajya Sabha MP Priyanka Chaturvedi held a press conference in Sangli today and criticized BJP along with BJP state president Chandrakant Patil. MP Chaturvedi said that Chandrakant Patil’s statement has insulted all the women in the country who are currently fighting inflation. The BJP has always criticized women at lower levels. We have to face this even in Parliament. But we have always raised our voice against this. Anyone who makes derogatory remarks about women will not live without you teaching them a lesson. Therefore, Chandrakant Patil along with Supriya Sule should apologize to women across the country, he has demanded. Also, when MP Sanjay Raut speaks, the BJP in Delhi suffers along with Maharashtra. That is why ED has a special love for Maharashtra where BJP is not in power. But even with ED’s actions, the government will not fall. On the contrary, MP Priyanka Chaturvedi has expressed confidence that the government is being run strongly.