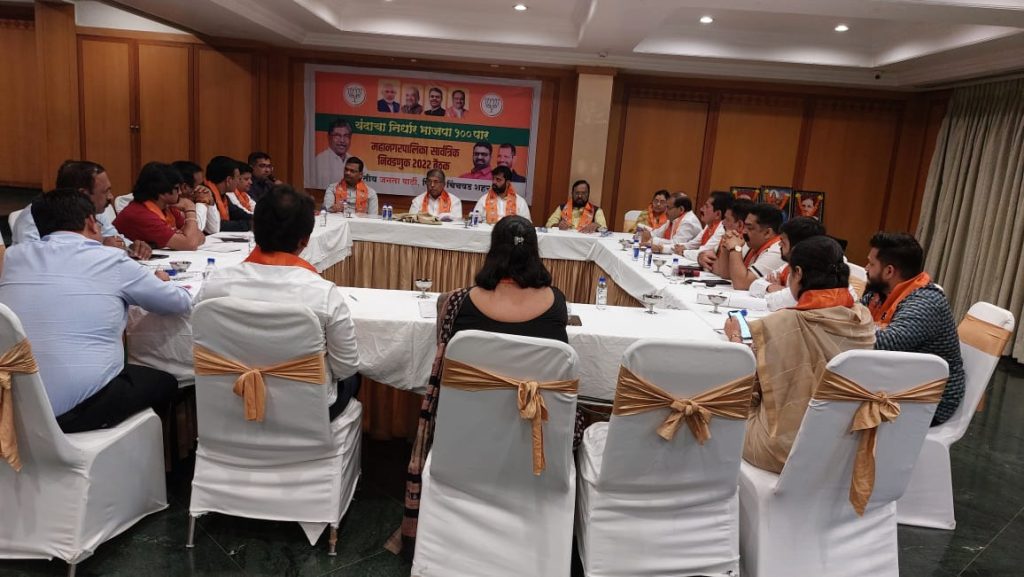 Pimpri-Chinchwad Municipal Corporation BJP has formed a strong front against the backdrop of the upcoming elections, and the state leadership has focused on local politics. In particular, emphasis has been laid on empowerment of booth system and a resolution has been passed that ‘this year’s decision will be 100 par’.

Chandrakant Patil said that the upcoming elections will be a prestigious election for the party. The BJP city executive should strengthen the booth system. Information about the work done by the central government and the then BJP government in the state should reach the last elements. Candidates will be able to apply online for this election. There will be no charge for this. Under the leadership of Prime Minister Narendra Modi, India is moving towards a superpower. It is the responsibility of every BJP worker to convey their views from door to door.

An important meeting will be held on 5th June to review the working of Pimpri-Chinchwad city executive and organizational structure on the backdrop of the forthcoming elections. This meeting is going to have some important decisions. Accordingly, the city executive has started working. Everyone has divided the responsibility up to Shaktikendra and the list head. Awareness of the development work done by BJP in the city during the rule should reach the last element of the city. State President Chandrakant Patil has also said that a planned program will be undertaken for this.