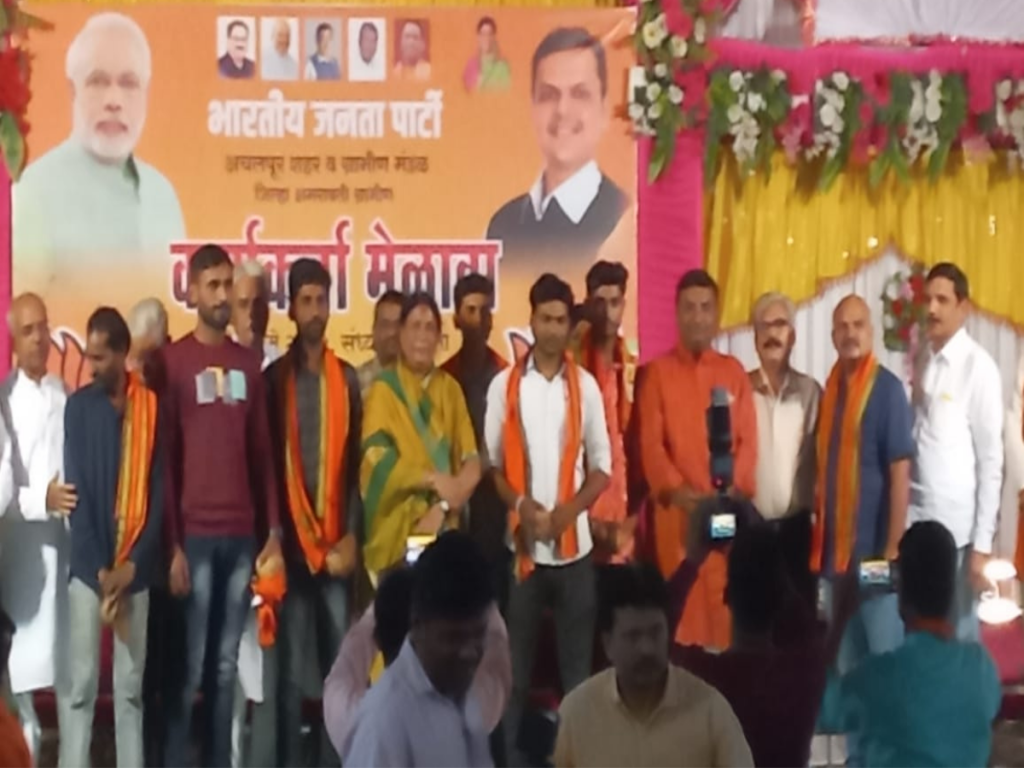 Amravati: A meeting of Bharatiya Janata Party workers was organized in a hall at Paratwada in Amravati district yesterday. The accused in the riots, which were sparked by a flag-raising dispute, were felicitated at a public function. Not only that, there was a discussion in the House that BJP will contest the next elections only on the issue of Hindutva. District President Nivedita Chaudhary felicitated him at a function organized at Paratwada. District President Nivedita Chaudhary, city president Abhay Mathane, former Zilla Parishad member Praveen Tayde Pratap Abhyankar, women city president Nayana Joshi and many other leaders were present at the public function. At this time many joined the Bharatiya Janata Party.

Accused of Achalpur riots were felicitated with saffron dupatta. Speaking on the occasion, District President Nivedita Chaudhary said that flags of many religions are hoisted on the building of Achalpur Archaeological Department. When the saffron flag is hoisted, the jewels of many come. He also remarked that Minister of State Bachchu Kadu had ordered to bring all Hindu accused in the riots and bring charges against them. District President Chaudhary further said that the present time is dangerous for Hindus. Many people are being prosecuted without charges. We will answer as it is now. Minister of State Bachchu has been a bitter MLA for many years. However, the development of Achalpur is stunted and Achalpur is falling apart, he said.