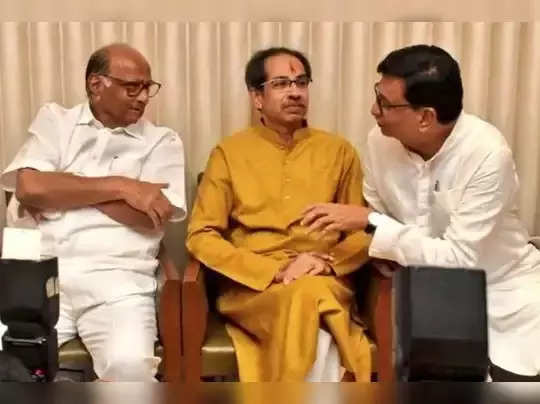 Mumbai: The Mahavikas Aghadi government in the state is said to be in trouble. Some ministers in the government have been accused of scams. As a result, the main opposition BJP has surrounded the government. On the other hand, Shiv Sena, Congress and NCP are not all albel, such discussions are heard from time to time. Now even 25 Congress MLAs have expressed their displeasure. According to the Economic Times, Congress MLAs from the Mahavikas Aghadi are angry with their ministers. These disgruntled MLAs have written a letter to Congress leader Sonia Gandhi expressing their displeasure. Some Congress ministers in the Mahavikas Aghadi government do not listen to their grievances. It is learned that he was accused of ignoring them through a letter.

Maharashtra Congress MLAs have complained about party ministers. “Our problems, our complaints are being ignored,” he said. It is learned that these MLAs have written a letter directly to Sonia Gandhi, urging her to intervene. He has mentioned in the letter that the ministers in the Mahavikas Aghadi, especially the ministers of the Congress party, are turning a blind eye to their problems. Development work is to be done in the constituency, but as the minister is ignoring the request for its implementation, the result will be seen in the forthcoming elections, say the concerned MLAs. Naturally, it will also affect the performance of the party. He also raised the question of how the party would perform well in the elections if the problems and grievances of its MLAs and leaders were ignored by the party itself.

Indications of lack of coordination

It is learned that disgruntled Congress MLAs have said that there is a lack of coordination within the party. It was learned last week that each Congress minister has been given three MLAs each to help him resolve his issues and queries, an MLA said. Such orders were received from the leadership within a few months of the formation of the Mahavikas Aghadi government. But it took two and a half years for this information to reach us, said one MLA. The MLAs also said that they still do not know which minister is with them.

State Deputy Chief Minister and NCP leader Ajit Pawar himself is in regular touch with his MLAs. They are meeting. They are also providing funds for the constituencies of their MLAs. They are also focusing on solving their problems. However, Congress ministers do not seem to be doing such a thing. Some MLAs also say that if this situation continues, the situation of Congress in Maharashtra will be very bad.