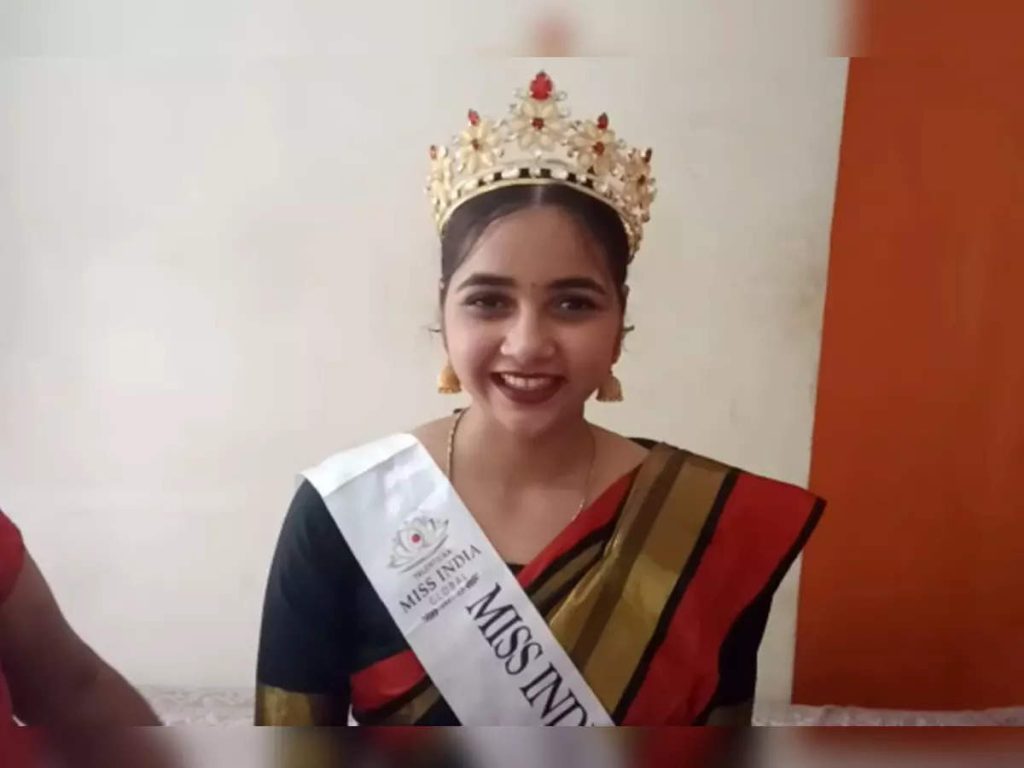 Beads: Bhumika Vitthal Sawant, a young woman, has carved her name on the crown of Miss India Global in the Miss India Global pageant organized by Teletica in Vashi. The role has been selected for the Eco Tourism Nigeria competition. The role of Vitthal Sawant, a constable in Aadharwadi jail in Kalyan, is played by a young girl. Due to her father’s job, she is currently living in Kalyan. (Bhumika vitthal sawant becomes miss india global) Bhumika was born in Beed district. He has been interested in dance and acting since childhood. He performed dance in 8th standard. At the time, she was spotted by Talentica Search. After this her training started.

She continued her education while training at different stages. At just 18 years of age, she has received this honor. On the one hand, while focusing on study and gym, grooming, dieting sessions, the role was prepared to face this competition. When asked what are the two things that one needs to do to become the best model, he said that self-confidence is important for this. She said that it is possible to make the impossible possible by not being overconfident but on the strength of self-confidence.

Bhumika had participated in the pageant held at Vashi as Miss Maharashtra. Out of the other 24 contestants (12 young men, 12 young women), she was selected for the title of Miss India Global. The role of this book has been confirmed in the competition ‘Miss Eco Tourism Nigeria’. After her success, her parents are overjoyed. It is because of our hard work and encouragement from our parents that we have been able to face this challenge with confidence. She also said that her dream is to represent India in the Miss World pageant.

But the reason for her success is her own hard work. But after this success, we are having a great celebration. We did not expect this success. However, her hard work has made her such a great success and it has raised the name not only of her city but also of the country, said the mother of the role. Reacting to this success, Bhumika’s mama said that Bhumika was born in Beed. However, due to her father’s job, she is currently living in Kalyan. The role keeps coming to Beed. As a mama I am very proud of her. After this success of the role, she is being appreciated not only in Maharashtra but all over the country. Also, best wishes for Tiwa’s next journey.