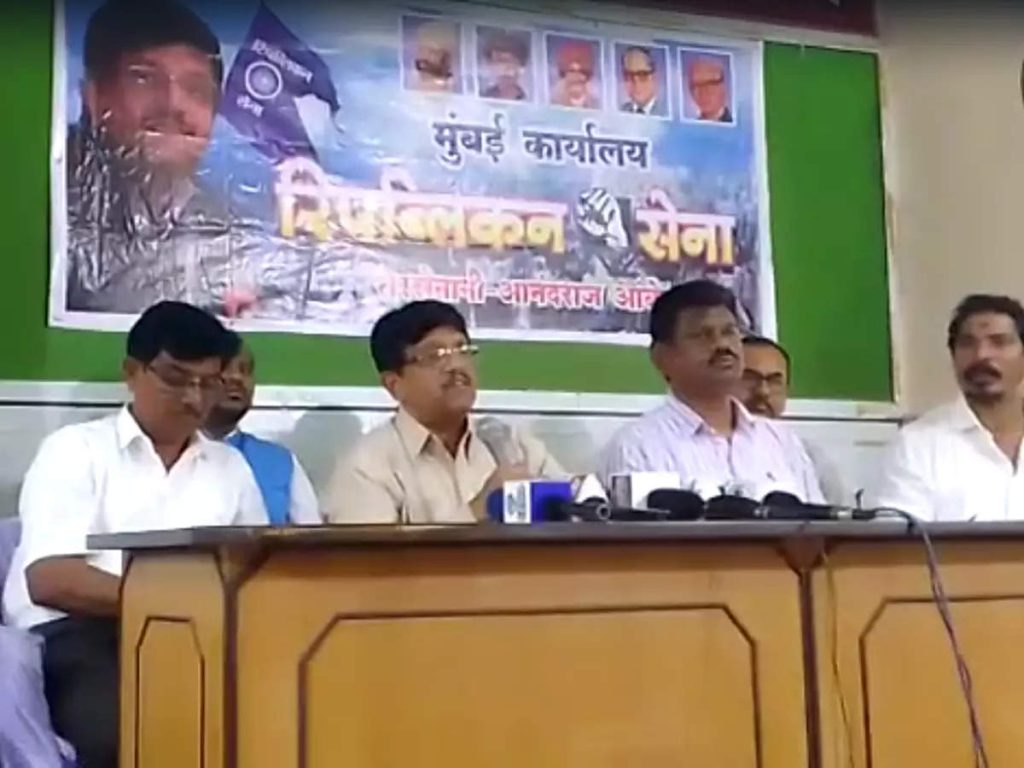 Mumbai : Citizens of certain castes and religions are being deliberately targeted by the central government. Attempts are also being made to grab each other’s places of worship in the country. The Republican Party has accused them of creating a racial and religious divide. The Republican Army has condemned such selfish tendencies and politicians. Republican Sena chief Anandraj Ambedkar has expressed fears that such a game would lead to ethnic and religious riots in the country. He has made these allegations against the central authorities. Anandraj Ambedkar said that he would raise his voice on issues related to the people.

The Republican Army will hold a rally for peace and harmony in all societies, castes and religions. On Anandraj Ambedkar’s birthday, the Republican Army will hold a ‘Brotherhood Peace Rally’ on June 2 in Mumbai. The rally will start from Mahim Dargah and will continue from Mahim Church, Shitla Devi Temple, Dadar Chaityabhoomi and Dadar Gurdwara to Dr. It will be up to Babasaheb Ambedkar Bhavan, informed Anandraj Ambedkar. Dr. The rally at Babasaheb Ambedkar Bhavan will be transformed into a public meeting. Prayers will be offered at places of worship. He said that the message of the rally was that politicians should be sensible and the basic problem of the country should be solved by overcoming the problem of rising inflation and unemployment.

He also informed that the local body elections to be held in the state will be fought with like-minded parties. Social activists and incumbents from a number of political parties are joining the Republican Army. Hundreds of activists including social activist Prakashbhau Khandagale, Vinod Kale and Anand Mohan are joining the party, said Anandraj Ambedkar.