Anna Hazare ready again to trap the alliance government; He said about the Chief Minister. 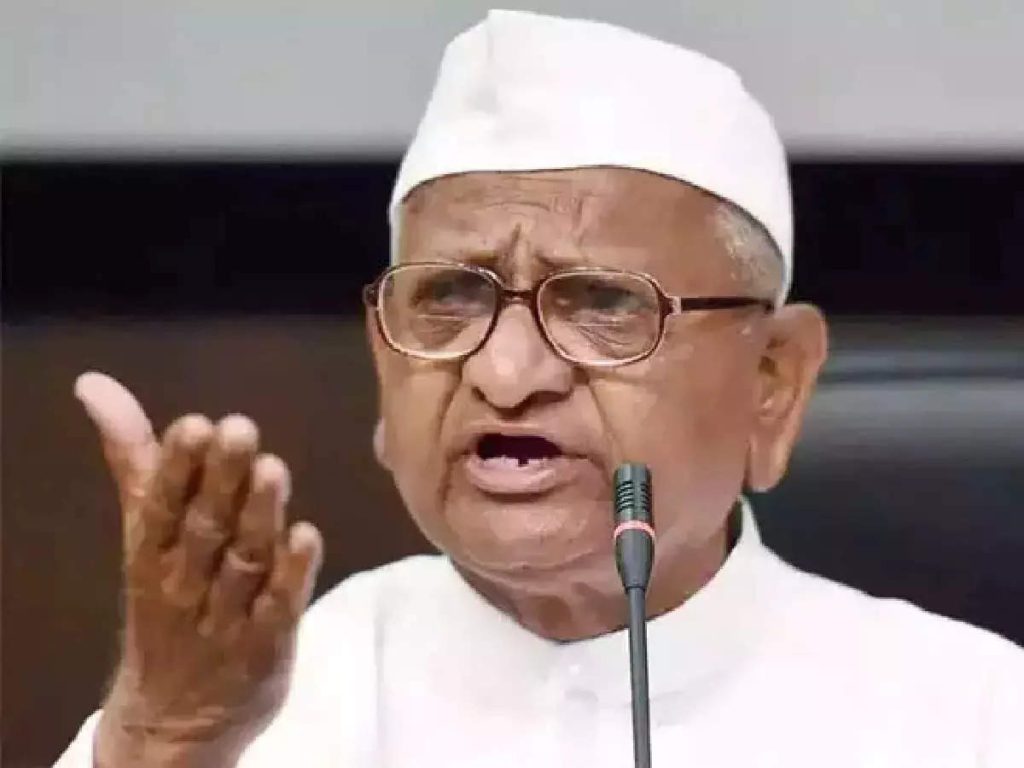 Ahmednagar: While the political tussle between the opposition and the Mahavikas Aghadi has reached a climax in the state for various reasons, senior social activist Anna Hajare has also announced to fire the Lokayukta Act once again. Speaking to media in this regard, Hazare has leveled major allegations against Chief Minister Uddhav Thackeray. The Chief Minister, who had given a written assurance two and a half years ago that he would enact a Lokayukta Act, is not even talking about it now. This means that something has definitely happened behind this’, alleged Hazare. (Anna Hazare has once again announced agitation for Lokayukta act)

Hazare said that a state-wide agitation would be launched soon to demand Lokayukta Act in the state. Anti-corruption movement committees have been reactivated in 35 districts and 200 talukas of the state. Hazare warned of simultaneous statewide agitation through them. Hazare said, “After the then Chief Minister Devendra Fadnavis, the present Chief Minister Uddhav Thackeray had also given a written assurance to enact a Lokayukta Act. However, even after two and a half years, nothing happens. Chief Minister Thackeray is not even ready to talk about it. There is no way to know exactly what happened to this law. What happened Who did the magic? How did Thackeray stop talking? I don’t know about this but something has definitely happened, ‘said Hazare.

Regarding the next agitation, Hazare said, “Either make a law or step down from the government, now our agitation will be. Meetings have started at district level in the state. Work started in 35 districts and at least 200 talukas of the state. This movement will be raised simultaneously through them. We want the Lokayukta Act to be enacted now, if not, then this government should step down, ‘said Hazare. Hazare has not yet announced the exact date of the agitation. However, on the whole, thousands seem to be ready again to trap the Mahavikas Aghadi government.