Home English Ajit Pawar : Today I stumbled upon the Vice Minister of State… Ajitdada talking, then… 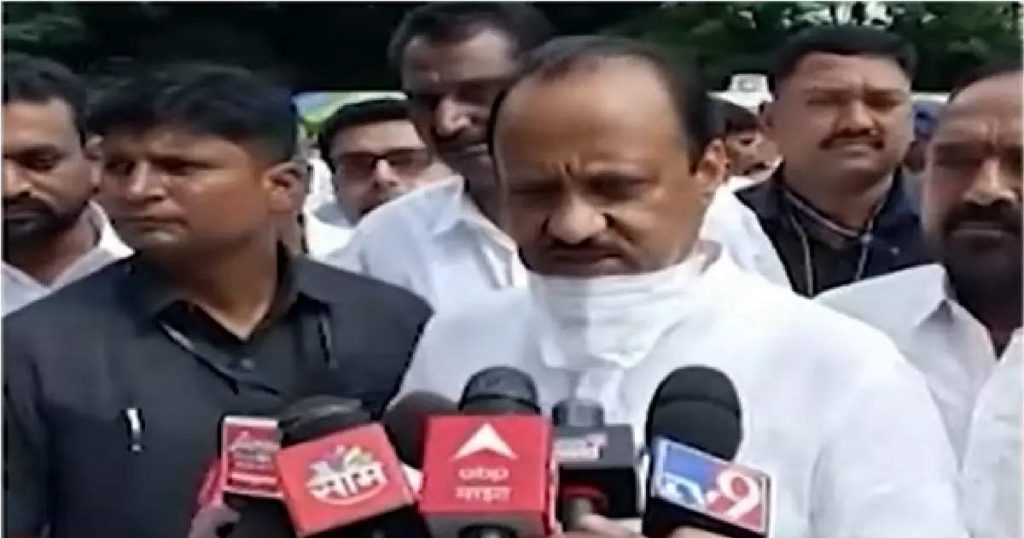 Baramati : After the transfer of power, the positions of the leaders change, but it takes time to change the names that have been in the mouth for a long time. Examples of this are often seen around us. It was seen that something similar happened in the case of Leader of Opposition Ajit Pawar. As usual, Dada was referring to himself as the Deputy Chief Minister of the state, but within half a second he realized and corrected himself by saying that he was the Leader of the Opposition.

Ajit Pawar was on Baramati tour yesterday. On this occasion, he inspected various development works in Baramati. After that he also interacted with the media. On this occasion, he was asked a question about revoking the suspension of suspended DCP Parag Manere in the Parambir Singh recovery case and resuming him in service.

Speaking on this, “I do not know anything about this. I have been on tour since yesterday. I will inquire about it after I go to Mumbai. Today I am speaking to you as the Deputy Chief Minister of the State… Leader of the Opposition. So it would be more appropriate to talk about it with complete information. Rulers keep changing. I am of the opinion that everyone should work under the law, rules and constitution while working in the government,” said Ajit Pawar.

Criticizing the Shinde government, Ajit Pawar further said, Eknath Shinde and Devendra Fadnavis became Chief Minister, Deputy Chief Minister. But they have not yet allocated the account. The Cabinet has not been expanded. There is no way to know which horse is eating the feed. We are meeting the Governor, the Chief Minister regarding the expansion of the Cabinet. When asked by the media, we are telling them this. Even the officers do not understand anything about working in a department for the past one month. Pawar said that this is the current situation.

Monsoon session is always in the month of July. Now that August has started, why they are afraid to make a cabinet even if they don’t get a muhurat or a green signal from somewhere…I can’t understand why. Saying this, Ajit Pawar said that he had met the Governor and told him to immediately form a cabinet and call a session to help the affected citizens of the flood-affected areas.