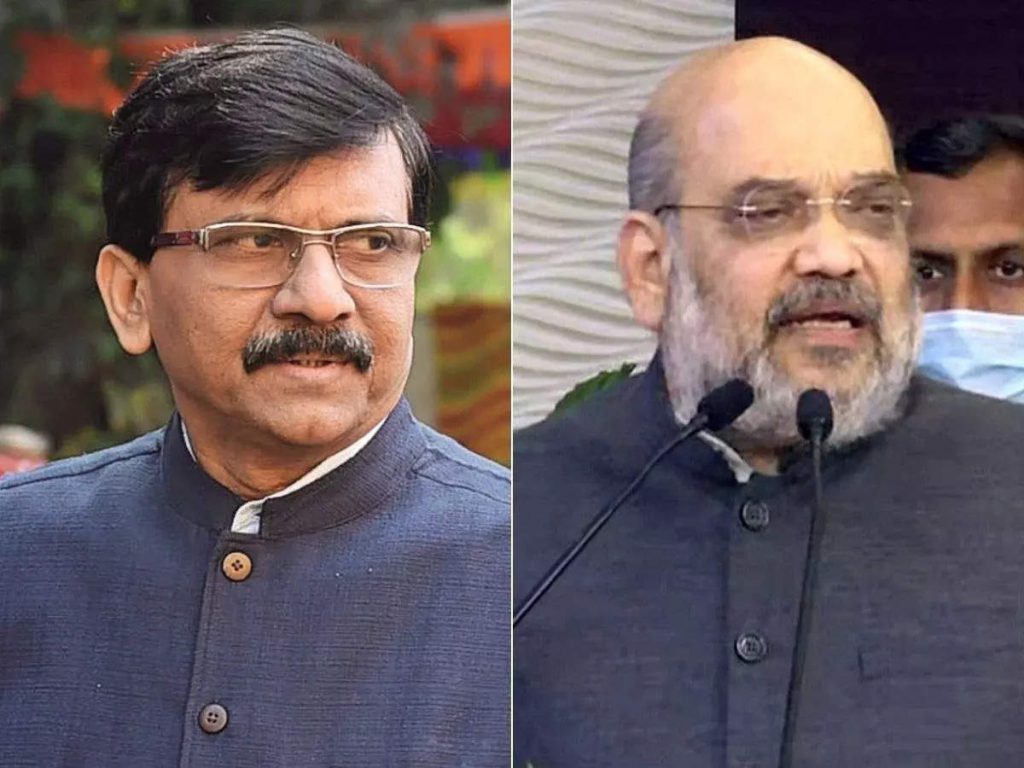 Shiv Sena leader Sanjay Raut has made a sensational allegation that some BJP leaders sitting in Mumbai are trying to separate Mumbai from Maharashtra and make it a Union Territory. “Kirit Somaiya has come up with a plan to make Mumbai a Union Territory with the help of some builders who are giving election funds to the BJP and he has made a presentation in this regard before the Union Home Ministry,” said Sanjay Raut.

BJP and Shiv Sena have been making allegations for the last few days. In addition, the ED seized Sanjay Raut’s property. Sanjay Raut, who became aggressive after the ED’s action, accused Kirit Somaiya of embezzling money collected for the warship INS Vikrant and a case was registered against Somaiya with the Mumbai Police following a complaint by ex-servicemen. Similarly, Sanjay Raut has once again leveled new allegations against BJP leaders. The BJP leaders want to take away the rights of the Marathi people over Mumbai by doing anything and bring a central government over this city. The entire gang is being led by Kirit Somaiya, Raut said.

How much money did INS raise for Vikrant and what did they do with that money? Kirit Somaiya cannot answer this. Because they have stolen and Kirit Somaiya has played with national security, ‘said Sanjay Raut. Meanwhile, the allegations made by Sanjay Raut regarding Mumbai’s Union Territory are likely to have repercussions on the forthcoming Mumbai Municipal Corporation elections. Against this backdrop, it will be important to see what explanation the BJP gives for Raut’s allegations.