Shocking News: We are committing suicide because we are fed up with the situation; Shocking incident in Pune | Mahaenews
BREAKING NEWS

Home breaking-news Shocking News: We are committing suicide because we are fed up with the situation; Shocking incident in Pune

Shocking News: We are committing suicide because we are fed up with the situation; Shocking incident in Pune 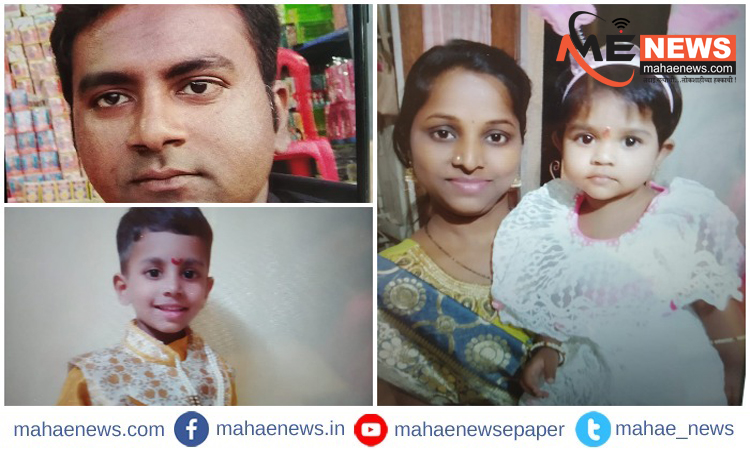 The shocking incident of murder of two Chimukals in Sukhsagarnagar area and the suicide of their parents by strangulation has come to light on Thursday night. It is estimated that the incident took place two days ago.

According to neighbors, police opened the door and found the bodies of the four hanging around their necks. The exact cause of the suicide is not yet clear. Atul Dattatraya Shinde (33), Jaya Atul Shinde (30), his son Rigveda Atul Shinde (age 6) and daughter Antra Atul Shinde (age 3) died in the incident. The reason behind the suicide could not be ascertained as no suicide note was found in the house.

Atul Shinde was making a living by making identity cards. His business was closed due to the lockdown. There is a discussion among the citizens of the area that they may have done this act out of frustration as they are starving due to financial crisis.

No movement has been felt in Shinde’s house for the last two days. Neighbors became suspicious as he did not pick up the phone and did not even appear online on WhatsApp. He informed the police about it. The shocking incident took place when the police went to his house at around 10 pm and broke down the door. In the living room, the ceiling fan hook was found to have committed suicide by hanging itself with a nylon rope.

Atul and Jaya had a love marriage.

Atul and Jaya had a love affair in 2013. Their marriage did not have the support of their families. Meanwhile, both of them have written a message on the wall of the house before their death. ‘Please the police should not harass anyone. We found ourselves writing on the wall of the house saying, ‘We are trying to get rid of the situation.’ Below it are the signatures of two spouses.

A case has been registered at Bharti police station. Police have sent all the bodies for autopsy and further investigation is underway. There is a lot of hustle and bustle in the city about this type.