Home breaking-news BJP has a stomach ache for increasing employment in the state: Sanjog Waghere Patil

BJP has a stomach ache for increasing employment in the state: Sanjog Waghere Patil 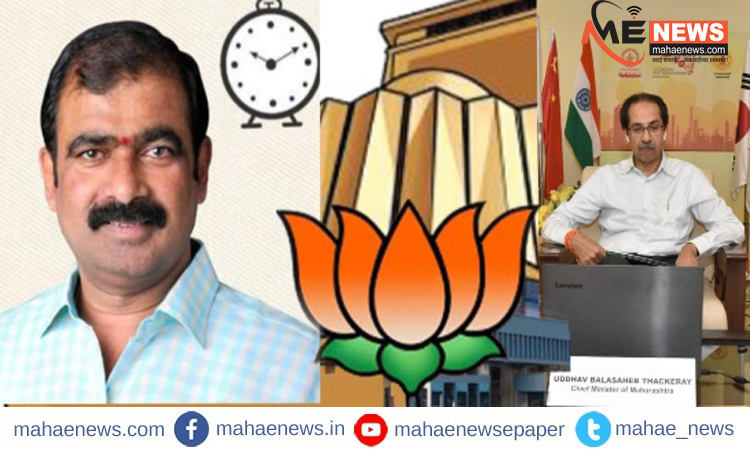 Pimpri. Representative
The corona virus will cause unemployment in all industries and businesses. In such an adverse situation, the state government brought an investment of Rs 16,030 crore in the state yesterday (Monday 15) to boost the industry, which is commendable for the common man. This is expected to be welcomed by all parties. But instead of praising the good work, the BJP is showing its unconditional love for the state by creating controversy from the photo. NCP’s city president Sanjog Waghere Patil has lashed out at the BJP for having stomach ache instead of celebrating the happiness of the youth in the state.
What’s the matter …
On monday On June 12, the Mahavikas Aghadi government signed a memorandum of understanding (MoU) worth Rs 16,030 crore with investors from 12 different countries at “Magnetic Maharashtra 2:00”. This information was posted by Chief Minister Uddhav Thackeray on his Twitter account. On this Twitter account, the magnetic Maharashtra map in the photo behind the Chief Minister was inadvertently reversed (like a reflection in a mirror). There may have been an error in an officer’s or printing. Without understanding this, it is reprehensible to directly accuse the government and the Chief Minister of being anti-Maharashtra from the BJP Maharashtra Twitter account, said Waghere.
Where did more than 40,000 quarantine coaches go:
The then Fadnavis government had predicted an investment of Rs 12 lakh crore in Maharashtra in 2018. In the future, crores of rupees will be invested in Maharashtra and a large number of jobs will be created. But to this day, it has not given development. All the ministers in the Mahavikas Alliance are doing a good job in handling the Corona situation, with three ministers infected with Corona. However, former BJP MP Kirit Somaiya has been alleging that the body of a Corona patient has disappeared recently. It is their right as the opposition party in the state. The BJP government at the Center built more than 40,000 quarantine coaches on trains in Mumbai. The public has lost crores of rupees in it. Waghere has appealed to Kirit Somaiya and his BJP party to find out.