Home breaking-news Raju Shetty will now be an MLA on the Legislative Council; NCP’s proposal accepted!

Raju Shetty will now be an MLA on the Legislative Council; NCP’s proposal accepted! 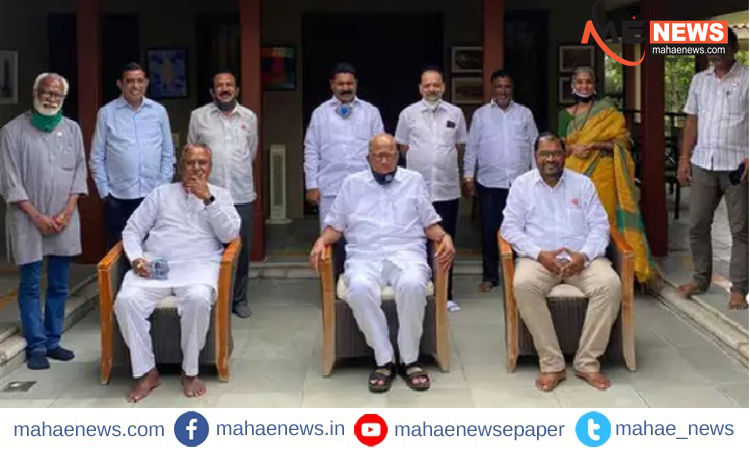 Baramati| Representative
Swabhimani Shetkari Sanghatana leader Raju Shetty has accepted a proposal to go to the Legislative Council from the NCP quota as a governor-appointed member. Shetty met NCP supremo Sharad Pawar in Baramati today. During the meeting, Shetty agreed to represent the NCP in the Legislative Council.
Raju Shetty arrived in Baramati today at the special request of NCP leader Sharad Pawar. Shetty met Sharad Pawar at his residence at Govind Bagh in Baramati. MP Supriya Sule was present on the occasion. Along with Shetty, local leaders Satish Kakade and Rajendra Dhawan were also present. This discussion was followed by a special photo session. In this discussion, it was said from the Swabhimani organization that Shetty accepted the MLA proposal from the NCP.
The NCP had given an official proposal to Raju Shetty to become a governor-appointed MLA from the NCP’s quota. The proposal was made on the suggestion of Sharad Pawar. At Pawar’s request, state president Jayant Patil himself took the proposal and went to Raju Shetty’s house. But Shetty did not immediately make a decision. Shetty had told Patil that the decision would be taken by Swabhimani activists and the state affairs committee.
The leaders of the organization insisted
The organization insisted that only an aggressive and studious leader like Raju Shetty should represent the farmers in the legislature, and it was from that insistence that Shetty accepted the NCP’s proposal. The organization hopes that if Shetty is in the Legislative Council, his experience will not only benefit the Mahavikas Aghadi but also solve many issues in the interest of the farmers.